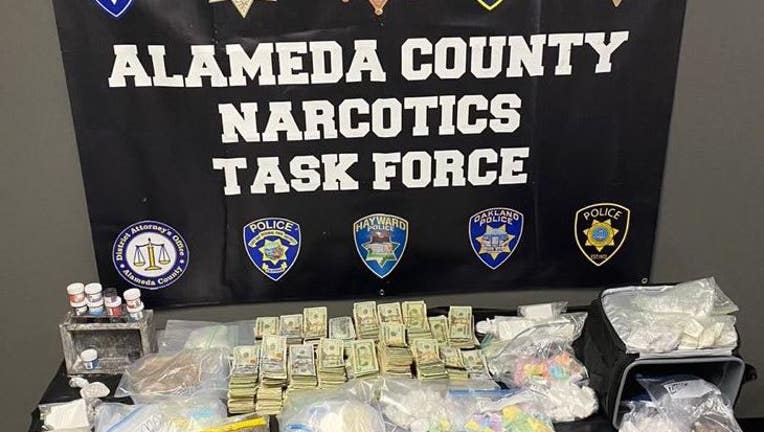 Drugs, including 15 pounds of fentanyl, and cash seized from an alleged drug dealer's car at an Oakland High School.

A photo was posted to Alameda County Sheriff's Office Twitter page Tuesday evening of the drugs, including the powerful opioid, 1 kilogram of heroin and $139,000 in cash that was confiscated from an alleged drug dealer's car in the school's parking lot.

Officials said in their post that four suspects are in custody as a result. None of them are students. They apparently chose the school as a meeting spot. They could face extra felony charges because of their choice of location to meet is within 1,000 feet of a school.

Coincidentally, the bust happened on the first ever National Fentanyl Awareness Day as recognized by agencies such as U.S. Drug Enforcement Administration and their San Francisco counterpart.

According to the Department Of Justice, fentanyl sells for about $30 per gram.