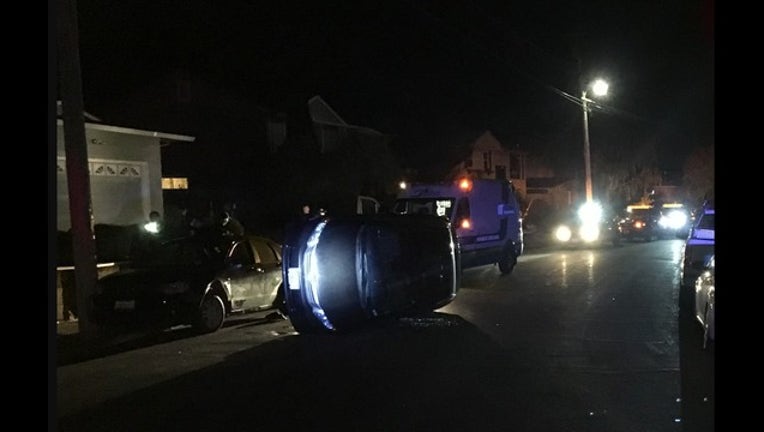 ROHNERT PARK, Calif. (BCN) - Officers responding to reports of a rollover accident on Saturday night on Boris Court arrested a 46-year-old Rohnert Park woman on suspicion of driving under the influence.

Police and fire personnel arriving at Boris Court at 11:40 p.m., found that driver Amy Davidson had climbed out the driver's door window of a Honda Civic that was on its side.

Davidson had suffered minor injuries but did not need to go to the hospital.

Authorities said an investigation determined Davidson was traveling south, when she struck a parked Ford Fusion, pushing it into a power pole, but not damaging any electrical lines.

Davidson's car ended on its side.

Officers said she showed signs of alcohol intoxication, and they gave her a blood alcohol test.

Authorities said her blood alcohol level was .16 percent, and they arrested her.

She was booked into the Sonoma County Jail, while a tow truck was called to remove her vehicle.