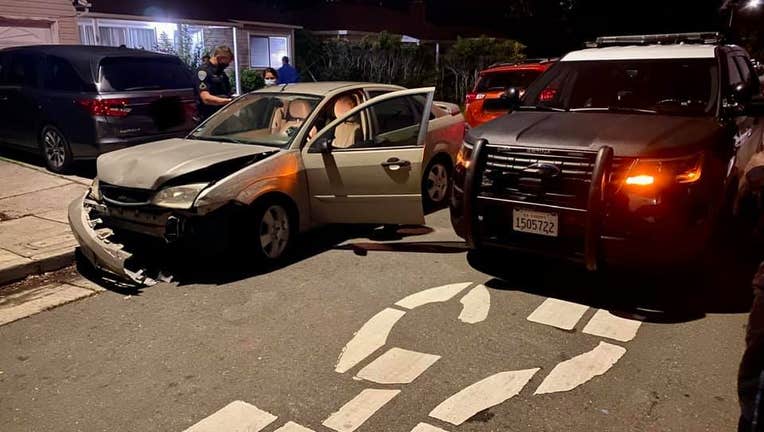 According to the San Mateo Police Department, the first accident happened at S. Norfolk Street and 3rd Avenue, where the suspect vehicle left the scene.

The second collision occurred near Newbridge Avenue and South Bayshore Boulevard, where the SMPD quickly launched an investigation and located the suspect.

The suspect was arrested and booked into the San Mateo County Jail.