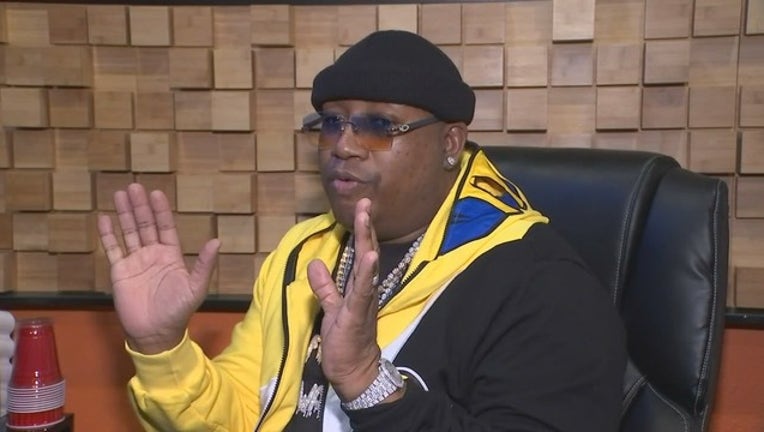 E-40 talks about Bay Area hip hop history and its significance to the black community.

OAKLAND, Calif. (KTVU) - Hip hop is a genre of music invented to tell a story. And here in the Bay Area, it has a rich history.

"Rap music has been around for over 45 years," rapper Earl "E-40" Stevens tells KTVU. "The older people can't help but to listen to it because of their kids, it's in them now."

E-40, a Vallejo native, says hip hop music is especially important for African Americans, and should be celebrated on Black History Month and every month. "Black history is inventions. People who are innovators," he says. "And I definitely think I am."

Other rappers like Oakland's own Mistah F.A.B. see E-40 as royalty in the business. "You definitely have to give it up to Too Short, Tupac, Mac Dre, E-40, Spice One, Andre Nikatina, and so on and so forth," he says. "Many other legends that have come from this area that have done inspiring work."

"There are artists that need to be acknowledged during black history month, the likes of Chuck D, KRS-One, that have definitely had real stories to tell."

He also says he's seen hip hop music spread far beyond its own boundaries and into mainstream life.

"Everything you hear nowadays has a hip hop connotation to it. Hip hop is blurring the lines because you find it in reggaeton, in pop, even in country, where you got country artists rapping. So where does it go? I think it's infusing and morphing into an everyday thing."