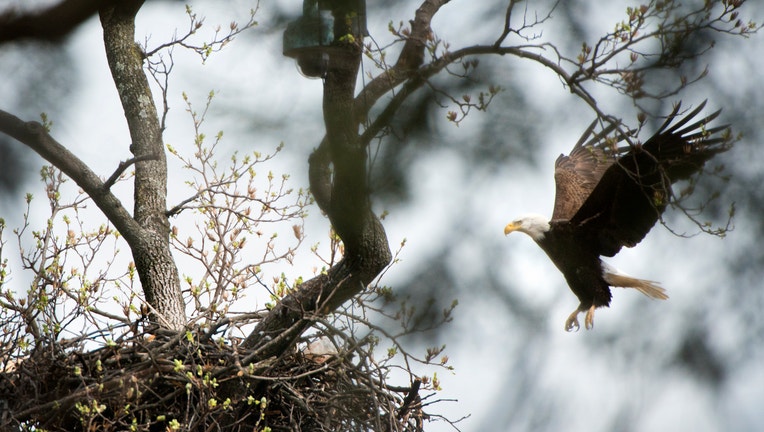 WASHINGTON, DC - MARCH 11: Spelling his female mate, a male Bald Eagle lands on his nest containing two eggs at the U.S. National Arboretum in Washington, DC on March 11, 2016. The pair, named 'Mr. President' and 'The First Lady' is currently nesting

BIG BEAR LAKE, Calif. - A bald eagle has laid two eggs this month in a Southern California nest and nature lovers will watch for the hatchings via an online live feed.

More than 3,200 people were viewing the video feed Tuesday afternoon. It showed an eagle nestling on the eggs as winds blew through the snow-covered San Bernardino National Forest.