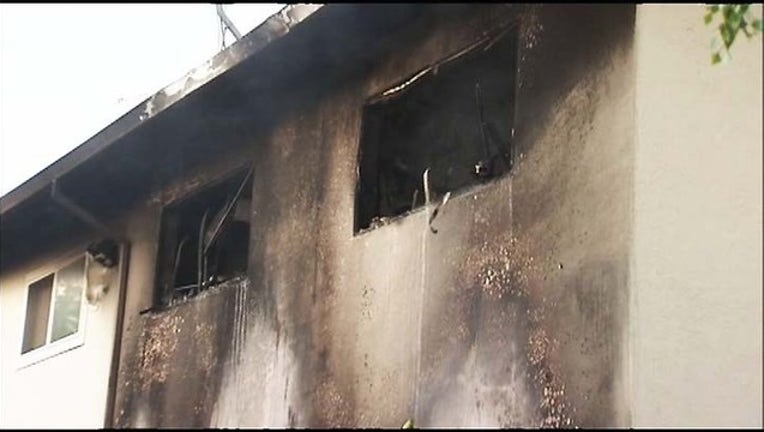 SAN MATEO, Calif. (KTVU and wires) – At least one person was treated for injuries early Friday after a two-alarm fire swept through an apartment at a San Mateo complex, officials said.

According to San Mateo fire officials, crews responded to the report of a fire in an apartment at the Villa Del Prado complex located in the 3300 block of La Selva Street at round 5:15 a.m.

Arriving firefighters were confronted by flames and heavy smoke pouring out of a second story apartment.

The family of four who lived in the apartment had escaped the flames and smoke and told firefighters they had been awoken by fire coming out of the unit's kitchen.

The fire was quickly elevated to a second alarm and then a cautionary third alarm as crews battled to keep the fire was spreading.

At least one person was seen at the scene on a stretcher and being treated by paramedics. The woman appeared responsive and breathing on her own.

Firefighters were able to keep the fire from spreading, but the apartment was completely gutted.

A cause of the blaze was still under investigation.