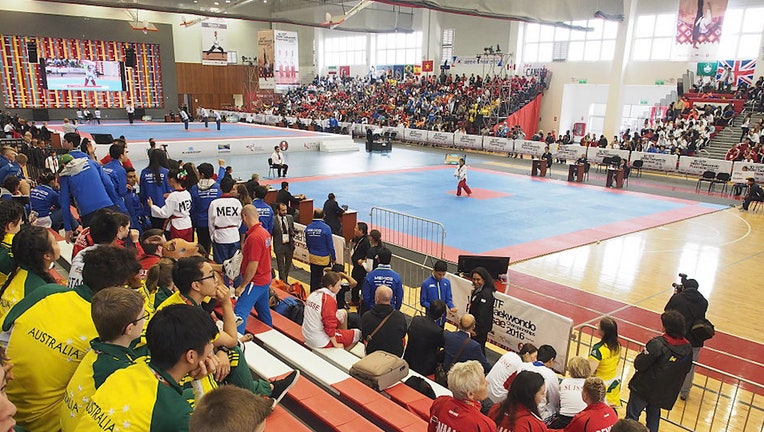 FILE - A taekwondo tournament from 2016. (Fotoholica Press/LightRocket via Getty Images)

Aminat Idrees, a female athlete representing Lagos, managed to compete in the National Sports Festival in Benin, Edo State in taekwondo and won gold, all while she was eight months pregnant.

Idrees brought home the gold for the Mixed Poomsae category in taekwondo, according to a tweet posted by the National Sports Festival, which is held in Benin, located in southern Nigeria, on April 5.

"Poomsae in taekwondo sport is the representation of all taekwondo categories (offense, stance, force etc.) in the following action, without making any mistakes," according to a BBC report.

Idrees demonstrated the flawless technique alongside her partner, Arowora Roqeeb, the tweet said.

Not only did she win gold in the Mixed Poomsae category, Idrees won silver in the female team Poomsae category and won an individual bronze medal in the same category, "making her one of the leading medalists at the festival."

The impressive win attracted both positive and negative feedback on social media, some praising her for her impressive performance, while others felt her participation was a dangerous move considering her condition.