SAN JOSE, Calif. - A San Jose woman has set up an epic and elaborate Halloween display that’s putting smiles on the faces of neighbors who tell her it’s just what they needed. 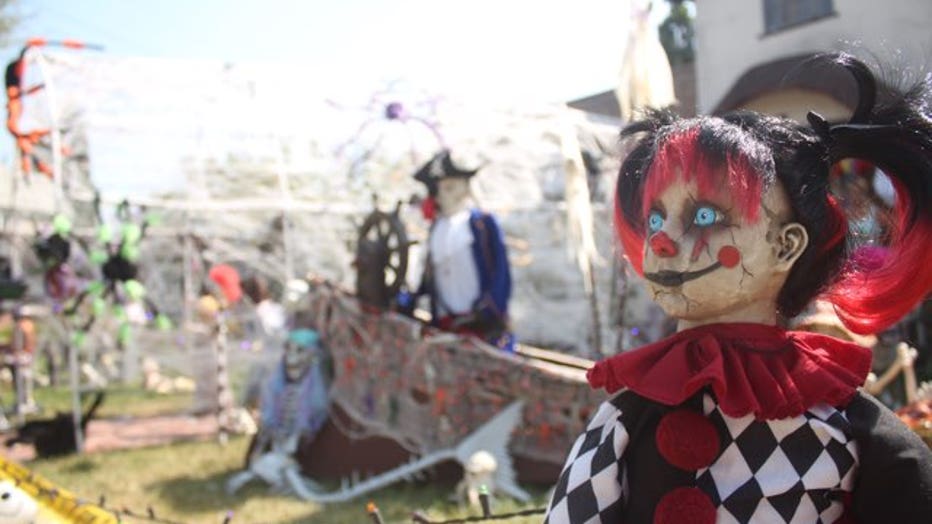 Danielle Burfine said she went "all out" this year to create an elaborate interactive Halloween display on her front yard in San Jose. (Photo Credit: PK)

Danielle Burfine’s creation on the front yard of her home at 1450 Emory St. in San Joes's Rose Garden district, has been attracting some 50 to 75 visitors a day since it went up about two weeks ago. 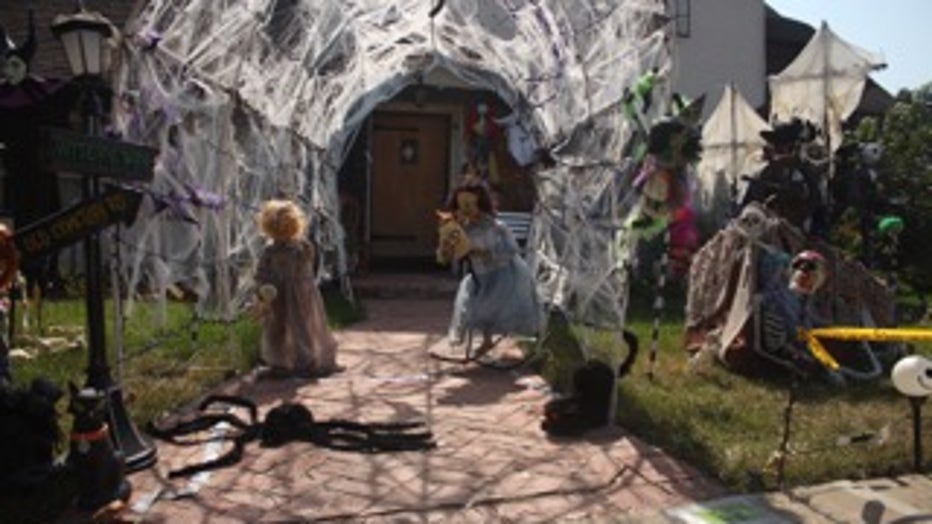 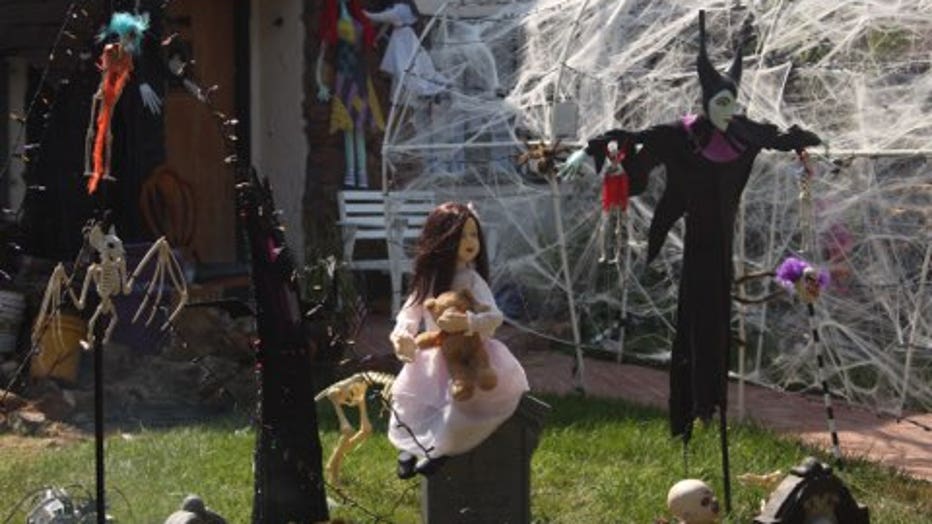 They also provide visitors an opportunity not only to take in the sights and sounds of her creation, but the display is interactive, while keeping in mind coronavirus safety concerns. People are invited to use step pads taped to the sidewalk to manipulate the 15 animatronic figures featured as part of the spooky display. 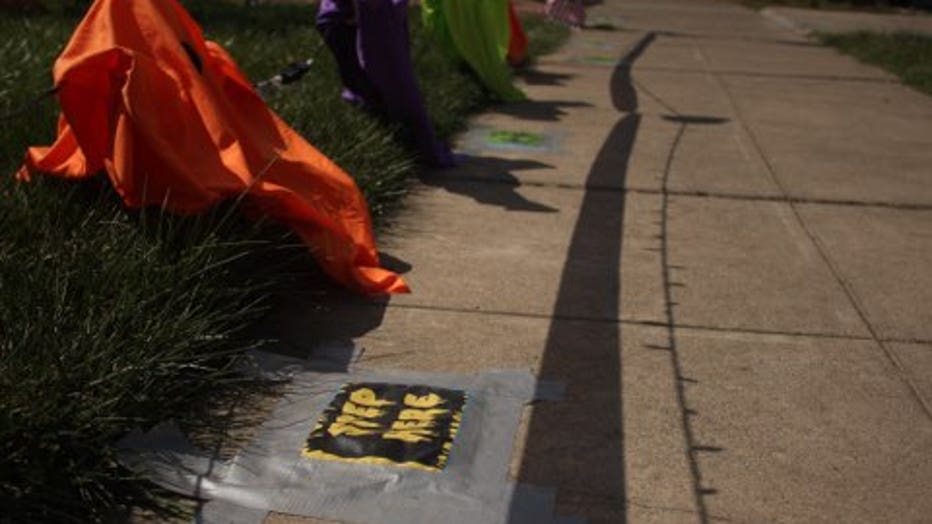 Danielle Burfine, of San Jose, used step pads for visitors to interact with the animatronics that are a part of her elaborate Halloween display.  (Photo Credit: PK)

“People come by here every night and tell me that this is the happiest they've been since the coronavirus started,” Burfine told KTVU, adding that she's had visitors come from not only the immediate community but from other parts of the Bay Area.

The mother of two and grandmother to a newborn said for years, she has been putting up colorful displays on her lawn for Halloween as well as for Christmas, mainly for her son who has special needs.

Austin, who will be 15-years-old next month, is intellectually delayed and borderline autistic, according to the mother, who said she started this bi-annual tradition for him to enjoy.

But Burfine noted that this Halloween, because of the pandemic, “We went all out.” She started setting up the project at the beginning of this month and had it operating weeks before her usual Oct. 1 start.

Also something she’s doing differently this year: She’s collecting donations for a cause that’s important to her and her family.

Burfine said last year when she put up her Christmas display, people would ask her if she was doing it to support a cause, so that prompted her to take her project to the next level this season and start collecting donations for wounded veterans.

“I wanted to find a cause that meant something to us,” Burfine explained, “so that’s why we chose veterans. We come from a military family,” she said. Starting Monday a collection box was being placed on the yard, where people can leave donations.

The display has become a source of entertainment and fun for so many of her visitors, both young and old. Burfine noted that the spooky exhibit has gotten as many adults without kids come by, as families with children of all ages. She said kids in the neighborhood swing by five times a day to interact with the display.

And while the community has benefitted from her creativity and ingenuity especially during this pandemic, the reaction of the visitors has brought Burfine much satisfaction and joy.

“This year has just really, for lack of a better term, sucked. And I think people just need something to make them smile,” she said. “It's a really incredible feeling to watch these kids and adults... and the smiles on their faces and they tell me this makes us happy in a time where not much else is positive.” 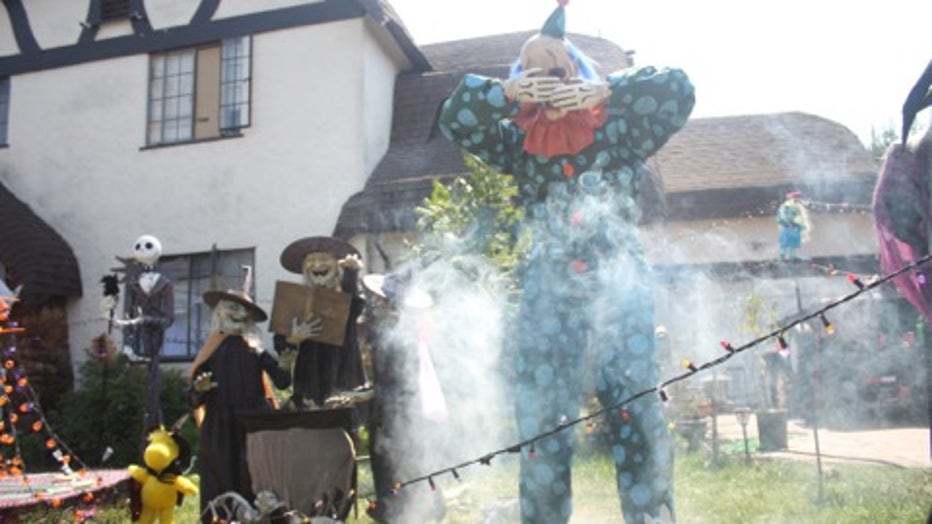 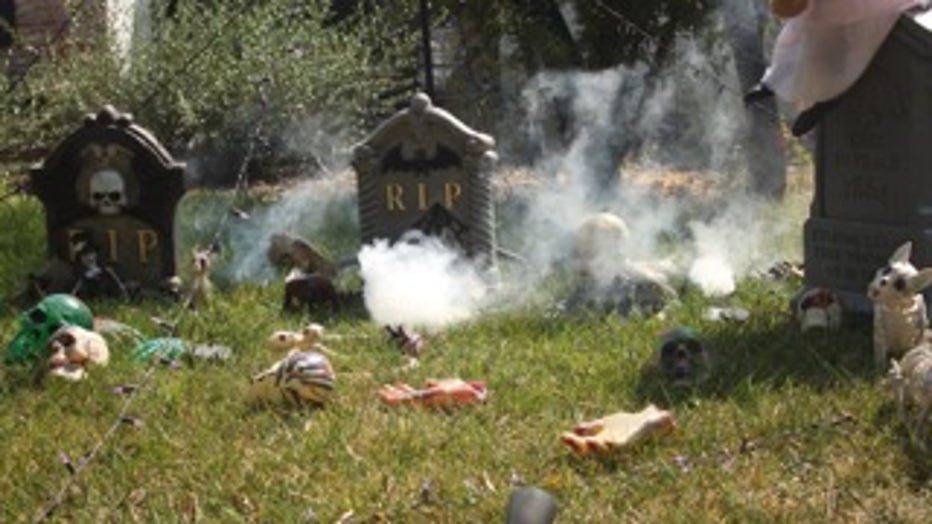 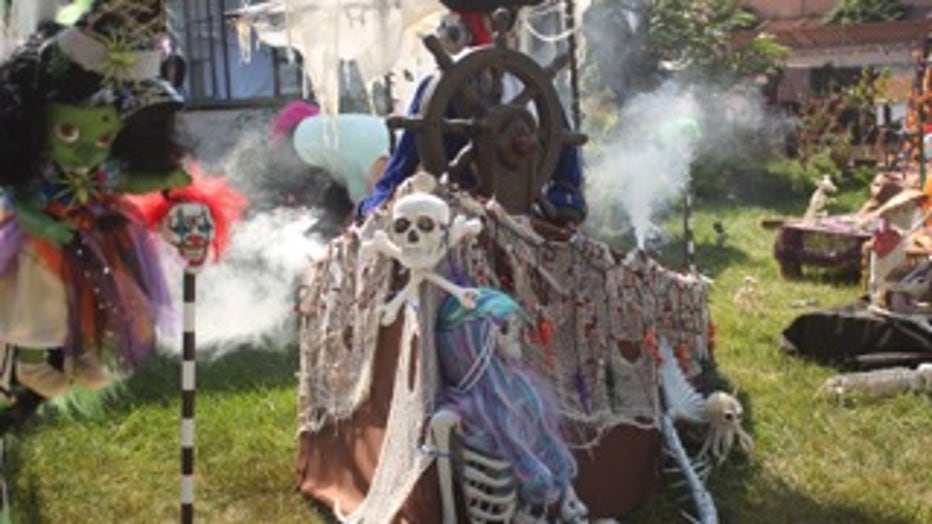