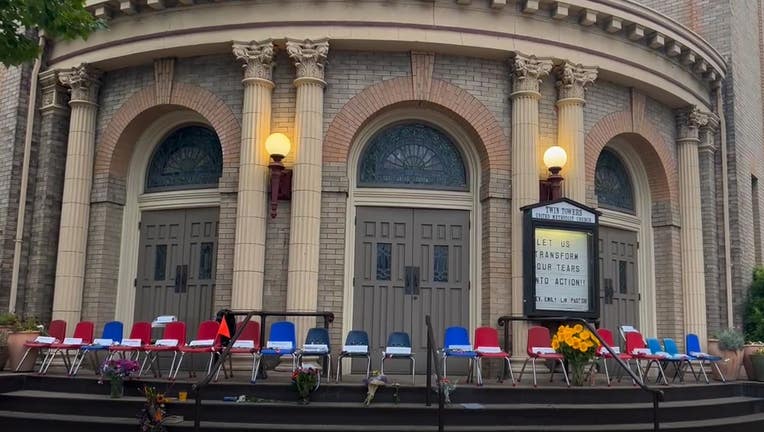 A line of empty school chairs sit in Alameda, paying tribute to the victims lost in deadly Texas school shooting.

ALAMEDA, Calif. - A church in Alameda has set up a memorial for victims of the Uvalde school shooting.

The scene is outside Towers United Methodist church on Central and Oak streets. 19 empty school chairs are lined up in a row, with the name of each child and teacher that died in the tragedy.

This comes as the actions — or more notably, the inaction — of a school district police chief and other law enforcement officers moved to the center of the investigation. The delay in confronting the shooter could lead to discipline, lawsuits and even criminal charges against police.

Many local communities are coming together, trying to take action to prevent similar attacks from happening in the future.

On Wednesday, a vigil was held in Foster City to honor victims of recent deadly shootings. 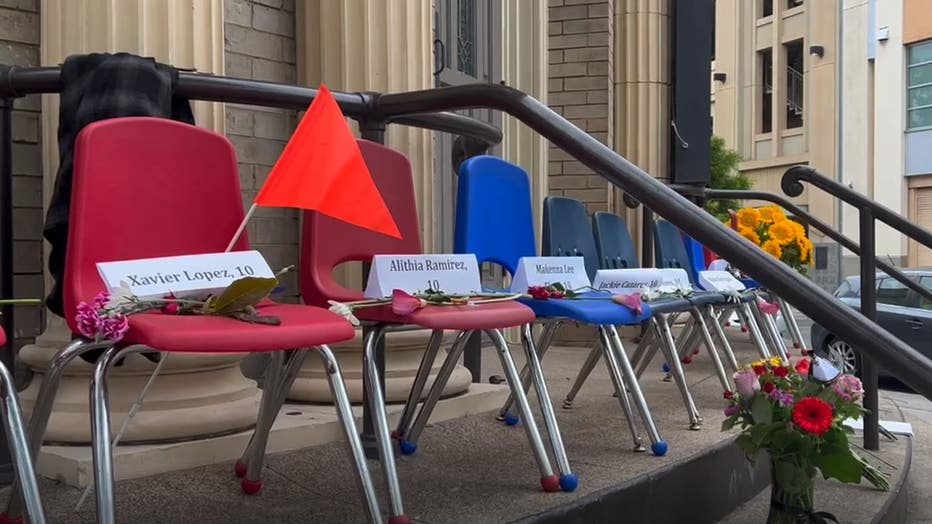 A church in Alameda, paying tribute to the victims lost in deadly Texas school shooting.

San Francisco Giants manager Gabe Kapler said Friday he will refuse to take the field for the national anthem in a protest over the nation’s political direction following the shooting.

"I don’t plan on coming out for the anthem going forward until I feel better about the direction of our country," Kapler said. "I don’t expect it to move the needle necessarily. It’s just something that I feel strongly enough about to take that step."

A California congressman called for stricter gun regulations nationwide, on Thursday. Rep. Mike Thompson said the bill won't solve everything, but it would expand background check requirements nationwide to include all firearms sold at gun shows and online.

"Gun laws don’t know state lines, so we could have the best gun laws in the world right here in California, but we’re always susceptible to folks from other areas or guns from other areas," said Thompson.