What should go in your hurricane kit?

FOX 26's John Dawson takes a look at some of the gadgets and other items you should have ready, just in case.

The sixth named cyclone of the season in the Eastern Pacific is expected to continue strengthening and is sending dangerous ocean swells towards much of Mexico and the Baja California peninsula.

As of the latest report from the National Hurricane Center, Hurricane Estelle had sustained winds of 80 mph and was located more than 300 miles off the coast of Manzanillo, Mexico.

The hurricane is traveling in a west-northwest direction, and forecasters expect the cyclone to continue on its current heading over the next week. 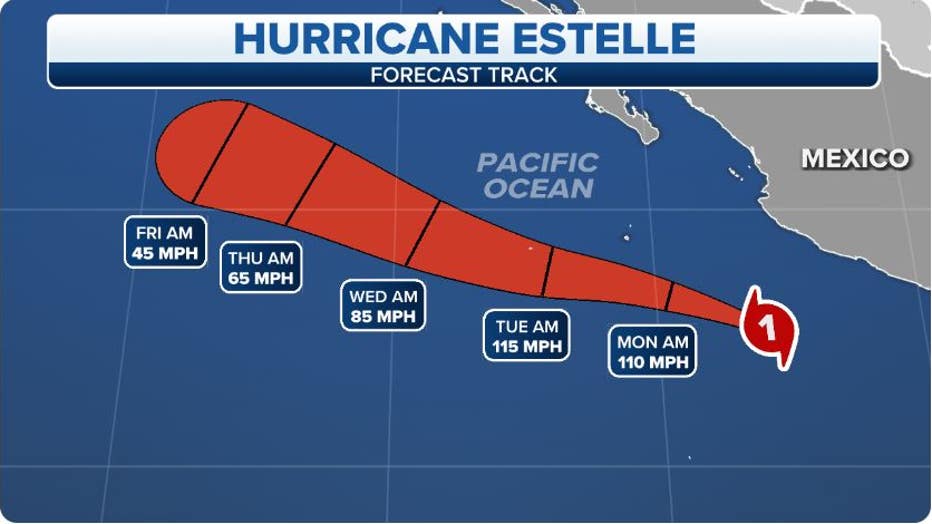 Forecasters say a ridge of high pressure over the southwestern U.S. is keeping Estelle on its current trajectory, which will mean the storm will stay off the coast of Central America.

Major computer models are in agreement that the west-northwest to northwest heading will continue over the next several days.

Hurricane Estelle is expected to pass over warm waters, and upper-level winds are expected to relax enough for the storm to strengthen into a major hurricane on Monday. 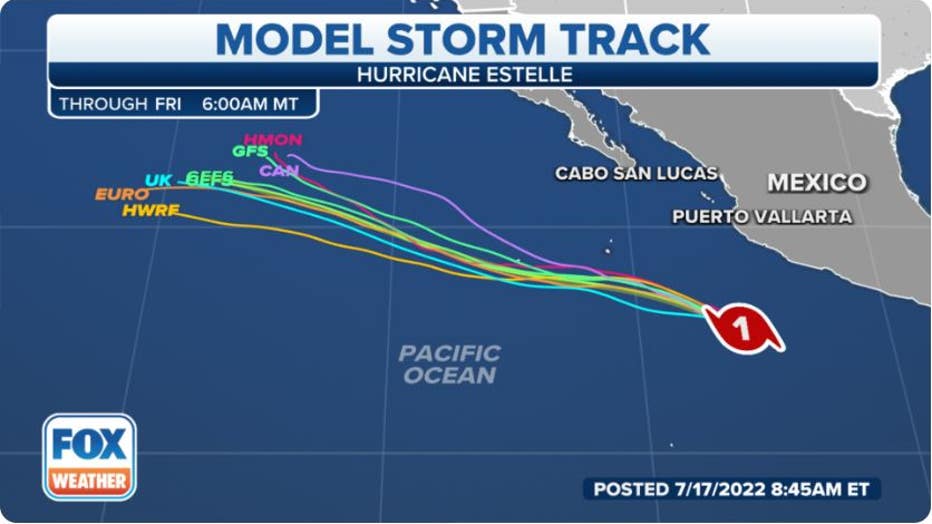 The NHC expects sustained winds to reach at least 115 mph, which would make Hurricane Estelle a category 3 on the Saffir-Simpson Hurricane Wind Scale.

The potential major storm will only be a threat to marine interests off the coast of Mexico in the Eastern Pacific.

Dangerous rip currents are expected along beaches from the Baja of California through central Mexico.

HOW ARE HURRICANES RATED? THE SAFFIR-SIMPSON HURRICANE WIND SCALE EXPLAINED

Later in the workweek, forecasters expect conditions will become less favorable for the cyclone to maintain its organization and strength.

A combination of an increase in upper levels winds and a decrease in ocean temperatures will allow for gradual weakening as Estelle moves into the open Pacific. 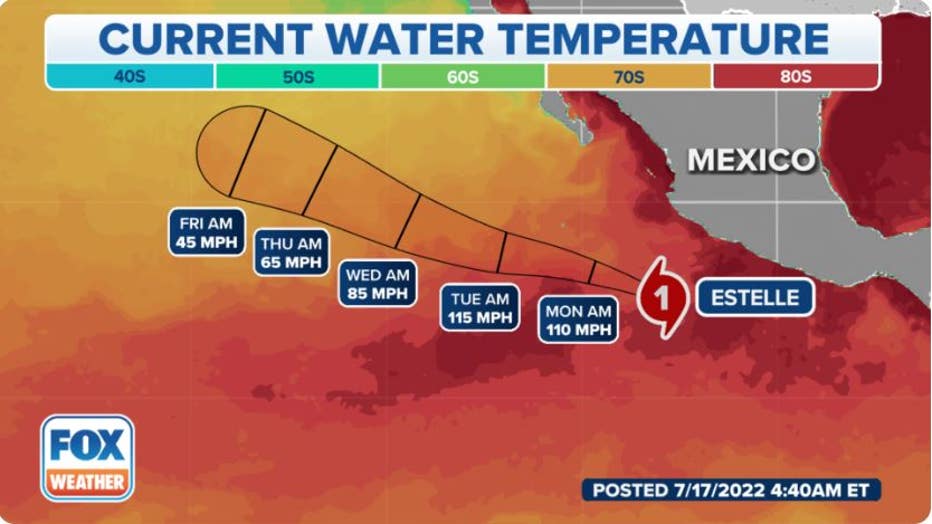 Once Estelle is no longer a trackable feature, meteorologists will continue to monitor the basin for the next chance of tropical cyclone development.

Activity in the Eastern Pacific has far outpaced the Atlantic basin because of a lack of sinking air and plenty of disturbances that have taken advantage of an uptick in warmer sea surface temperatures.

The hurricane season in the Eastern Pacific runs through November 30. 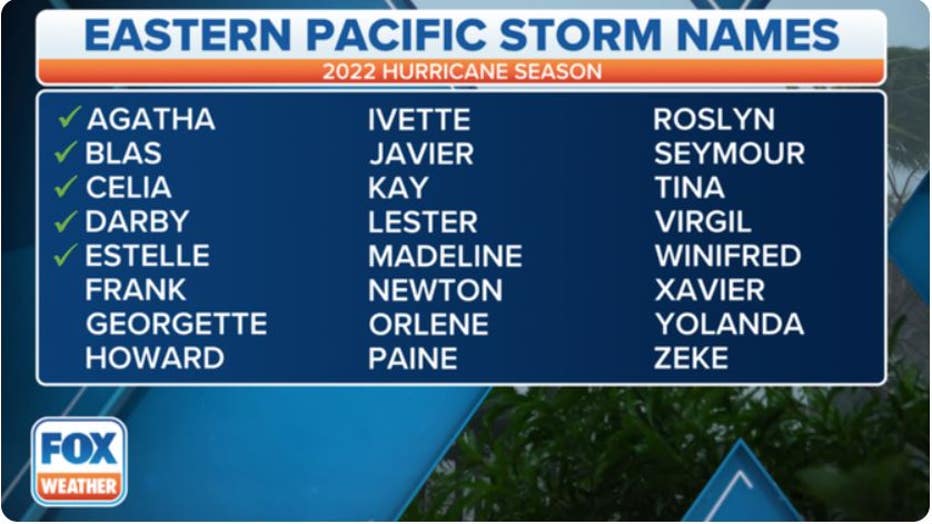