CDC and FDA announce pause is over for Johnson & Johnson vaccines

The U.S. Centers for Disease Control and Prevention formally lifted its pause on the Johnson & Johnson vaccine after a panel on Friday recommended resuming its use, despite a very rare risk of blood clots.

BRUSSELS - The European Union is finalizing plans to allow tourists from the United States to travel to the 27-nation bloc this summer, officials said Monday.

More than a year after the EU restricted travel to the region to a bare minimum in a bid to contain the pandemic, the European Commission said it would make a recommendation to member states to allow American travelers back.

The commission didn’t say when exactly tourists will be allowed back inside the bloc, and if a reciprocal approach will apply to European tourists willing to travel to the U.S.

European Commission spokesman Adalbert Jahnz told reporters that the EU’s executive body is hoping to restore nonessential "trans-Atlantic travel as soon as it is safe to do so." 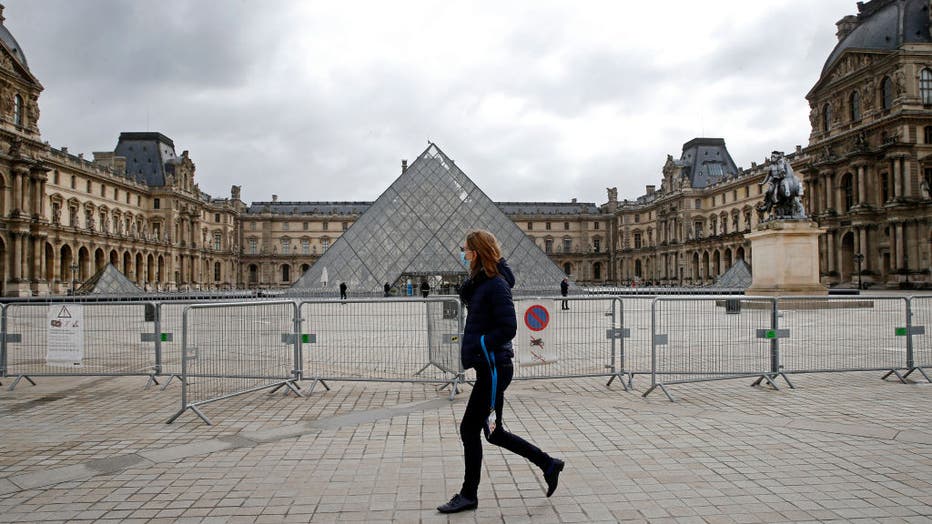 FILE - A pedestrian wearing a protective face mask crosses the Napoleon's deserted courtyard in front of the pyramid and the closed Louvre Museum one year to the day after the start of the first lockdown as COVID-19 outbreak continues on March 17, 20

It wasn't immediately clear if only full vaccination would be accepted for entry, or whether a negative PCR test or proof of recent recovery from COVID-19 could be presented as well.

"These are among the questions we’ll still need to figure out," Jahnz said. "The proposal is not yet made. For now, we have nothing more to go by than what the (European Commission) president said."

On Sunday, The New York Times published an interview with European Commission President Ursula von der Leyen, reporting that fully vaccinated Americans would be able to visit EU countries this summer since all coronavirus vaccines currently used in the U.S. have also been approved by the EU’s drug regulator. But the report didn't mention whether she was asked about whether Americans could also provide a negative PCR test or evidence of recovering from COVID-19.

"The Americans, as far as I can see, use European Medicines Agency-approved vaccines," von der Leyen said in the interview. "This will enable free movement and the travel to the European Union. Because one thing is clear: All 27 member states will accept, unconditionally, all those who are vaccinated with vaccines that are approved by EMA."

Jahnz insisted that the return of American tourists to EU nations will be conditioned on the epidemiological situation in both the U.S. and within the bloc.

The European Union is putting the finishing touches to a system of certificates that would allow EU residents to travel freely across the region by the summer as long as they have been vaccinated, tested negative for COVID-19 or recovered from the disease. Under the plan discussed with their U.S. counterparts, American tourists could be included in the program.

With more than 15 million Americans estimated to travel to Europe annually before the crisis, the recommendation from the commission is manna from heaven for the heavily hit European tourism sector. But EU member states will have the final say on whether to implement the guidelines.

The commission said other third countries have made similar requests, but didn't name them. Asked whether negotiations with the United Kingdom were ongoing, European Commission spokesman Christian Wigand said "no contact to this end" has been made.

Travel to the EU is currently extremely limited except for a handful of countries with low infection rates including Australia and New Zealand. But Greece, which is heavily reliant on tourism, has already lifted quarantine restrictions for the U.S., Britain, the United Arab Emirates, Serbia, Israel, and non-EU members Iceland, Liechtenstein, Norway and Switzerland that are part of a European travel pact. Travelers from those countries will no longer be subject to a seven-day quarantine requirement if they hold a vaccination certificate or negative PCR test.

"Uniliteral approaches, from our perspective should be avoided," Jahnz said. "The objective is to continue to have a coordinated approach on the European level."