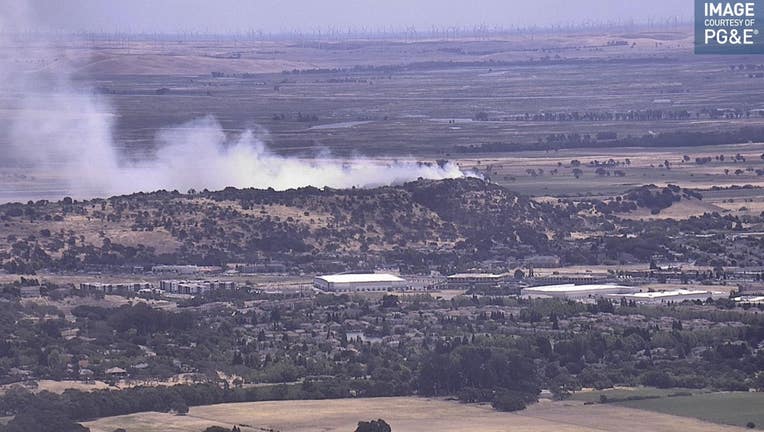 Firefighters in Solano County battled a grass fire in the community of Cordelia on Tuesday, July 5, 2022.  (PG&E)

FAIRFIELD, Calif. - All evacuation orders have been lifted stemming from a four alarm brush fire in the community of Cordelia in Solano County on Tuesday.

The fire broke out in the area of Thomasson Lane and Cordelia Road in the Nelson Hill neighborhood near Fairfield.

Heavy smoke could be seen coming from the area.

"This means there is an immediate threat to life. This is a lawful order to LEAVE NOW," the county Office of Emergency Services (OES) said.

That order was later downgraded to an evacuation warning. Shortly before 3:00 p.m. OES officials alerted residents that the warning was also lifted and all roads in the area had been reopened.

There was no word on how the fire started.