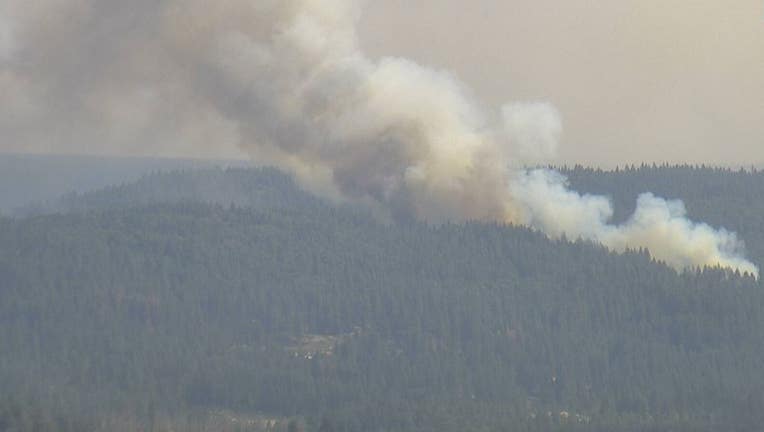 DUTCH FLAT, Calif. - All evacuations in connection to the Dutch Fire Incident in Placer County were lifted Tuesday evening. Placer County Sheriff's officials sent out the information on social media at around 6:30 p.m.

Evacuations were ordered for the fire that erupted earlier in the day at around 12:51 p.m. and prompted the closure of Interstate 80 in both directions.

According to Cal Fire, the fire sparked near I-80 and Ridge Road in Dutch Flat and reached 30 acres as of 7 p.m. Officials said the fire was 30% contained. Cal Fire is investigating the cause of the fire.

The sheriff's office said westbound I-80 was closed at Crystal Springs and the eastbound section of the highway was shutdown at Gold Run. Traffic was diverted down Highway 20.

A temporary evacuation center was set up for the Dutch Fire at Sierra Vista Community Center, located at 55 School Street in Colfax.