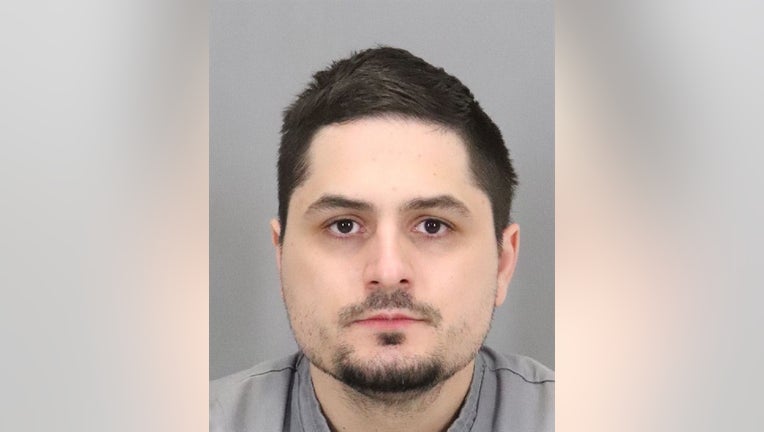 PALO ALTO, Calif. - Palo Alto police arrested a suspect in connection to Monday's drive-by shooting at the Stanford Shopping Center. Police say the suspect is a former employee of Fleming's Steakhouse, the restaurant where the shooting occurred.

Zachary Michael Ginsberg, 32, of San Jose, was arrested for attempted murder after he was identified by detectives as the suspect. No one was injured in the shooting.

Police said Ginsberg had been sending the restaurant threatening text messages directed at his former supervisor due to an interpersonal conflict.

Detectives obtained a warrant for Ginsberg's arrest on Tuesday. The charges are attempted murder and shooting an unoccupied building, both felonies.

Ginsberg was taken into custody without incident at around 9:55 a.m. on the 2600 block of Augustine Drive in Santa Clara. His 2018 Chevrolet Camaro was processed for evidence. His home on the 300 block of Crescent Village in San Jose was also searched. That's where police recovered a "ghost gun" in the form of a 9mm unregistered handgun. Police said they believe this was the weapon used in the crime.

The suspect's former supervisor was at the restaurant at the time of the shooting.

The shooting took place around 4:30 p.m. A glass window was shattered at the restaurant and an unoccupied parked vehicle was also struck by gunfire.