Search for shooter near Stanford Shopping Center, no one injured

Palo Alto police are searching for the person who fired rounds into a steakhouse and a parked car at the Stanford Shopping Center. Police are investigating this as a drive-by shooting.

PALO ALTO, Calif. - Palo Alto police are investigating a drive-by shooting at Stanford Shopping Center on Monday. Officials say no one was struck by gunfire.

Police said dispatch received a call about the shooting from an employee at a restaurant who said the building was struck by a bullet. The shooting took place around 4:30 p.m. Police said an unknown suspect fired as many as two shots from a handgun from a moving vehicle into Fleming's Prime Steakhouse.

Responding officers confirmed a large plate-glass window was struck by gunfire. The restaurant was open and there were customers inside, but no one was injured.

The scene is now said to be secure with a heavy police presence, but the suspect remains at large.

Police said the motive and target are unknown. 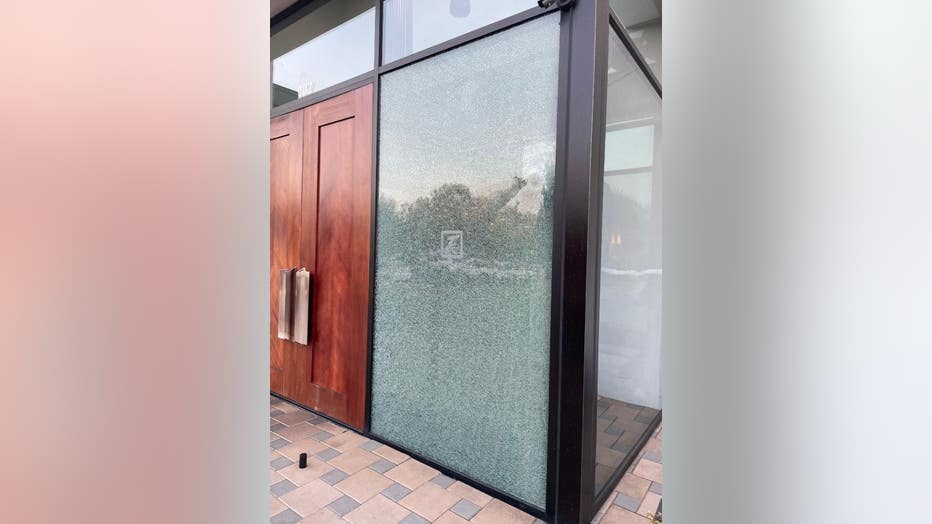 "It’s definitely concerning to us," said Palo Alto police Sergeant Brian Philip. "Our detectives all of our available police personnel responded. We locked down the parking lot. We actually shut down the 100 block of El Camino Real."

Traffic on that block was closed in both directions while the scene was processed for evidence. Officers were seen with flashlights, going up and down the road.

A witness reported seeing the suspect flee from the area of El Camino Real, headed northbound in a black Chevrolet Camaro. The witness could not describe the suspect, police said.

Police said two bullet casings from a handgun were found on the east side of the 100 block of El Camino Real.

There was no further suspect information immediately available.

Some time after the shooting, police said they received a report someone may have been seen wearing a holster on their belt inside the mall after the shot or shots were fired, although no one reported actually seeing a gun.

Aside from the shattered window, police said they found an unoccupied parked vehicle nearby that was also struck by a round.

Police said there was no lockdown as a result of the shooting. However, they did search the mall as a precaution. Shoppers and employees were advised to stay in place during the search and the mall was cleared. Many shops ended up closing early.

Irvin Vilchis and his friends arrived for a reservation at Fleming’s, only minutes after the incident. "It’s shocking actually, you know we missed it by just a few minutes. Like, what would have happened if we were in there and that kind of stuff was happening? I’m very grateful that we missed it," said Vilchis.

Police said they plan on increasing patrols at the mall.