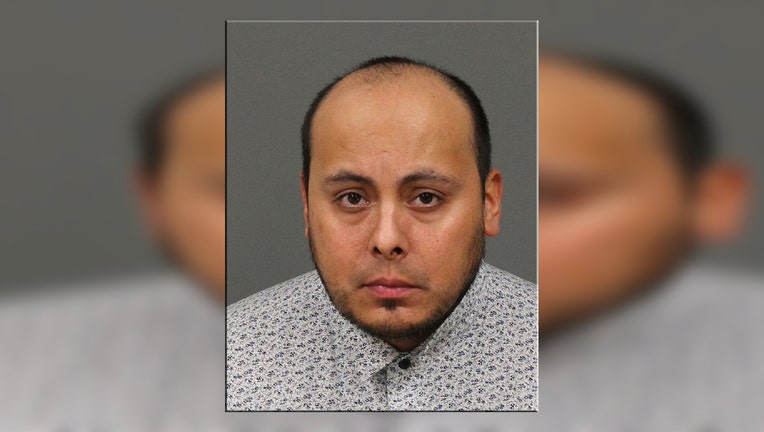 Alfonso Alarcon-Nunez (43) has been sentenced to 46 years to life, plus 8 years and 8 months for his conviction of thirteen felony counts, including sexual crimes, burglary and theft involving five women. Photo: District Attorney Dan Dow

SAN LUIS OBISPO, Calif - A former Uber driver in central California was sentenced Monday to 46 years to life in prison for sexually assaulting and stealing from passengers.

Superior Court Judge Craig van Rooyen, who presided over the trial, also sentenced Alarcon Nunez to an additional eight years and eight months, which must be served first.

He must serve all 54 years and 8 months, the San Luis Obispo Tribune reported.

Alarcon Nunez, 40, of Santa Maria was accused of sexually assaulting or stealing from intoxicated women who had ordered rides or whom he had picked up in 2017 and 2018 in Santa Barbara and San Luis Obispo counties.

Prosecutors said Alarcon Nunez would drive the women to their homes, follow them inside, sexually assault them, steal their wallets, cellphones and jewelry, and in some cases debit their Venmo accounts for the fares to conceal his Uber connection.

Two of Alarcon Nunez’s five victims presented victim impact statements that were read to the court by Deputy District Attorney Melissa Chabra, who prosecuted the case.

The women shared their stories of how the crimes have forced them to seek treatment for long-lasting trauma.

Another woman read her statement in court, saying she hopes her words will express the suffering she must live with.

Alarcon Nunez, who was listening to the proceedings with the help of an interpreter, did not make any statements, the newspaper reported.