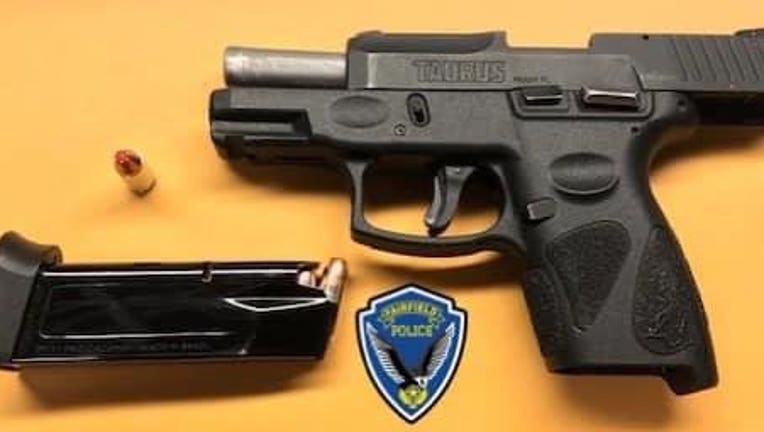 Police said they were called Sunday morning to the Safeway store on Business Center Drive in Cordelia, in western Fairfield, after receiving a report of a man having gone inside with a weapon. Officers arrived soon thereafter and detained the subject and two other people with him, police said. The officers found a loaded .40 caliber handgun with a high-capacity magazine on the original suspect's person.

That man, whom police did not identify Sunday, also had an outstanding felony warrant out of Livermore for fraud. In addition, police found a "suspected controlled substance" and drug paraphernalia on one of the other men, and inside the vehicle in which they were riding.

All three men were arrested on suspicion of various drug, firearm, and theft-related offenses, Fairfield police said; one was cited and released on scene, while the other two were booked into the Solano County Jail for various criminal offenses, police said.