The death of a New Jersey man who was hiking a trail in the Tonto National Forest has left a family devastated. FOX 10's Jennifer Martinez reports.

PHOENIX - It's been a hot and sometimes dangerous summer on Arizona trails, and three weeks after a New Jersey man died while hiking the Black Mesa Trail in the Tonto National Forest, a family is speaking out.

Zoey Russomano's trip to Arizona with Chris Dyer was what Russomano called the beginning of their lives together. Russomano and Dyer started hiking the nine-mile trail at 7:00 a.m. on Sept. 4.

"The morning of the hike was completely normal, besides the fact that we got lost," said Russomano.

The couple made it to the top, but Dyer collapsed nearly two miles from the parking lot.

"I didn’t know what happened to him because he just collapsed, so I left my phone, which had the trail map on it with him, in case he woke up and he couldn’t find his way back, and I took his phone, which didn’t have the trail information," said Russomano. "At that point, I was just following the trail to find help, but I got lost."

Three hours later, a random man found Russomano. By that point, she was under a rock, tired, dehydrated, eating cactus to hydrate herself, and screaming for help.

"He started walking towards me, and I saw him and I ran to him as fast with all the rest of my energy," said Russomano.

Russomano said she tried to call 911 multiple times, but said calls were not going through. 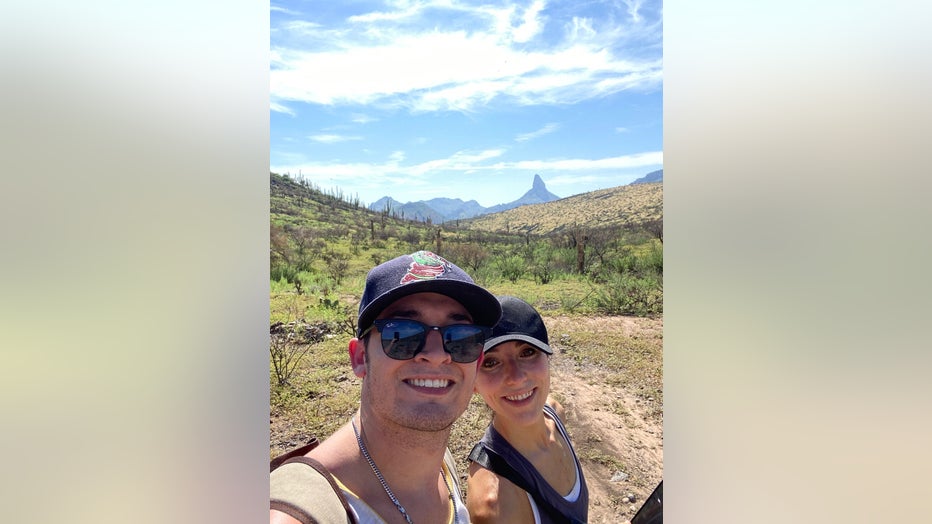 In the Valley, similar incidents have driven Phoenix City Officials to close down popular trails, like Camelback and Piestewa, when temperatures reach 105F.

According to Phoenix Fire officials, the number of mountain rescues are down.

"We hope that it will continue to protect the hikers and rescuers," said Phoenix Fire Captain Rob McDade.

"I don’t want to be angry," said Dyer's mother, Laura Dyer. "I just want to save someone else from the heartache. He was healthy, happy, young, you know, strong boy. A man. This should not have happened."

Russomano said she wants to thank the man who she says saved her life.