Plane returns to SJC after door reported as open

The flight took off around 5 p.m. Sunday and landed back at SJC shortly after.

SAN JOSE, Calif. - Airport officials at San Jose International Airport say a SkyWest Airlines regional jet operated by Alaska Airlines had to return back to the airport after departure because the crew reported a door of the aircraft may have opened during the flight.

The cockpit crew landed the jet safely back at San Jose International Airport after turning around just south of Gilroy.

"Shortly after safely departing San Jose at 4:53 p.m. local time, a caution light illuminatedin the cockpit indicating a faulty sensor had been found. In line with oursafety protocol, the captain made the determination to return to San Jose tohave maintenance inspect the aircraft. No door was ever reported open and at notime was there any issue with the aircraft door. The plane landed safely at 5:35 p.m., was serviced by maintenance and has been cleared for departure."

Emergency vehicles were seen on the runway standing by for the landing as a precaution. 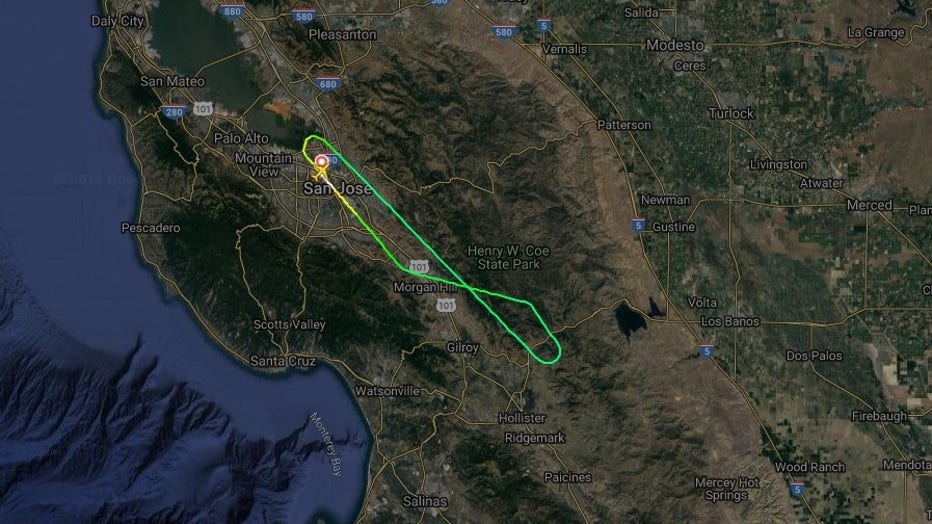