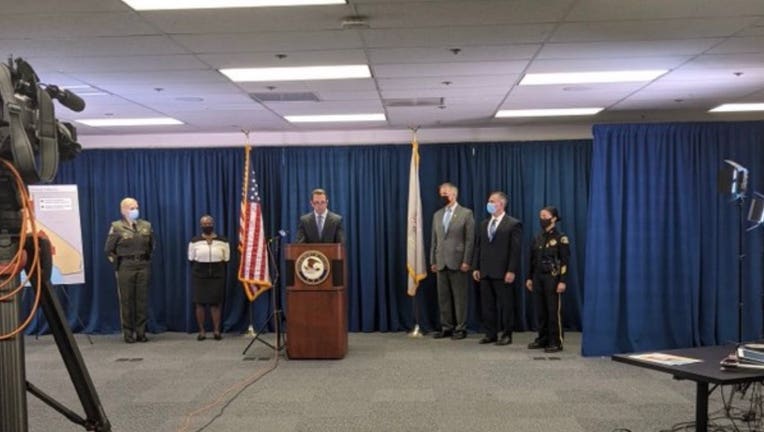 Craig Fair, special agent in charge for the FBI's San Francisco division, said in a news conference that "Operation Quiet Storm" was one of the largest gang takedowns in the division's history. Acting U.S. Attorney for the Northern District of California Stephanie Hinds also concurred that the charges were the most significant action taken against the Nuestra Familia organization in decades.

The specific charges for the various defendants range from federal racketeering to drug trafficking and murder, with particular aim taken at the leadership of the Nuestra Familia prison gang.

"As alleged in the indictment, these seven individuals have for years led a violent and lucrative criminal organization from their prison cells," Hinds said. "By disrupting gang leadership, we take aim at the head of the snake and seek to reduce violence and other criminal activity on our streets and in our jails and prisons."

The investigation was a collaboration of local, state and federal law enforcement, including the FBI, U.S. Drug Enforcement Administration and Bureau of Alcohol, Tobacco, Firearms and Explosives.

There are currently 36 defendants in federal custody, Hinds said, with those previously incarcerated in state prisons being transferred to federal facilities.