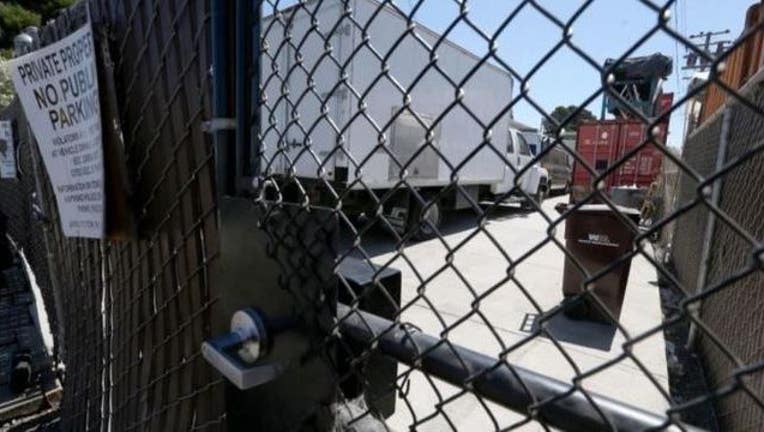 FILE ART - An an industrial warehouse run by Job Torres Hernandez where about a dozen immigrant workers were forced to work on construction projects without pay in Hayward, Calif., on Aug. 30, 2017. (Ray Chavez/Bay Area News Group)

OAKLAND, Calif. (KTVU) - A federal jury convicted a 38-year-old Hayward constuction company owner of illegally harboring immigrants, treating them poorly, telling them he'd harm their families in Mexico and threatening them with deportation -- all for his financial gain, federal prosecutors announced on Monday.

Torres' attorney, Austin Richard Dove of Los Angeles, told KTVU that he felt this case is larger than just this one case.

Dove said that the immigrants involved had every motivation to turn on the owner because that testimony now grants them temporary legal status in this country because they were helping prosecutors.

"I would bet there are a lot of other employers right now in this predicament if someone scrutinized them in the wrong way," Dove said.

He said this case is larger than what happened in Hayward.

At trial, prosecutors showed that since at least May 2015, Torres recruited workers from Mexico to work for his construction companies and then refused to pay them the wages they had earned.

Prosecutors said that Torres knew the workers had come illegally to the United States and kept them  in "squalid conditions," shielding them from detection while making them work up to 24 consecutive hours at a time.

During the 10-day trial at the Oakland federal courthouse, witnesses testified that Torres paid them far less than what he had promised to pay them, and when they complained, he threatened them or their family members.

In addition, Torres housed dozens of workers on makeshift beds in a commercial warehouse and other properties including a garage in Hayward.  In August 2017, KTVU reported that about a dozen immigrant workers were freed by ICE from one of Torres' properties.

Prosecutors showed the workers had limited access to toilets and showers, and at times, the properties were locked, preventing the workers from leaving.

The prosecution is the result of an investigation by the Department of Homeland Security’s Human Trafficking Unit; Department of Labor’s Wage and Hour Division; and the San Francisco Police Department’s Special Victims Unit.