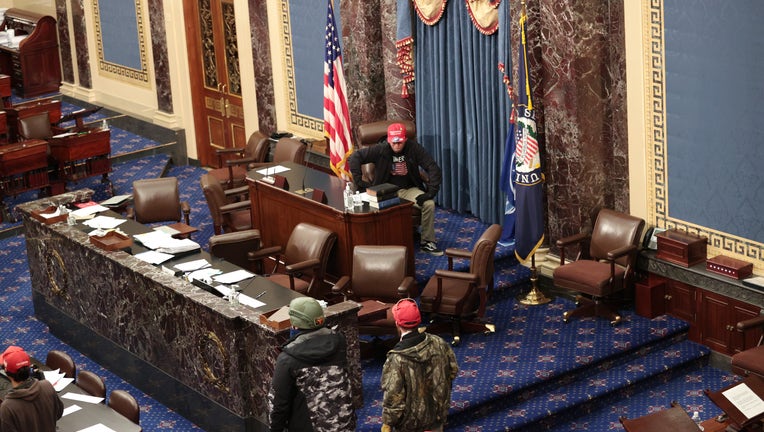 LOS ANGELES - A Los Angeles college student and self-described fascist was arrested after he sat in former Vice President Mike Pence's chair in the Senate chambers during the insurrection at the U.S. Capitol, authorities said.

Officials say Christian Secor — a 22-year-old student at the University of California, Los Angeles, who has openly espoused white supremacy views online — was ordered held without bail Tuesday during his first appearance in federal court.

He broadcast a livestream from the Capitol, authorities said, with a username that appears to be a reference to a man who killed six people in Isla Vista, California, in 2014. Secor previously bragged that he would not be caught, officials said.

Secor was taken into custody Tuesday at his home in Costa Mesa, California, by FBI agents. It was not immediately clear if he had an attorney who could speak on his behalf. 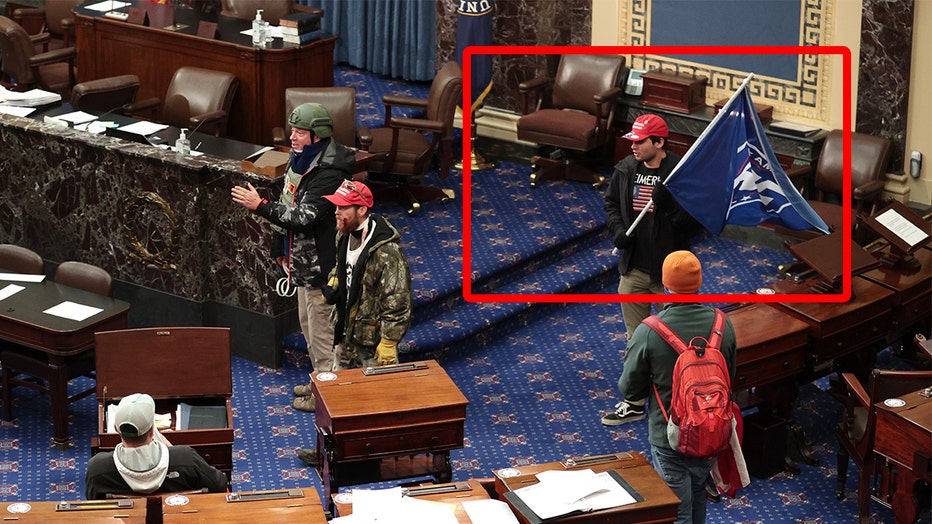 Secor is charged with five federal offenses and is among more than 200 defendants accused of participating in the siege of the U.S. Capitol, where dozens of people were hurt and one Capitol police officer later died of his injuries.

Court documents show images of a man purported to be Secor wearing a red Make America Great Again hat and sitting in a chair on the dais where Pence had sat and presided over the Senate as lawmakers certified Electoral College votes.

At least 11 tipsters identified Secor to the FBI as the person seen in the images and videos, sometimes carrying a large blue "America First" flag, authorities said.

Last year at UCLA, according to court documents, Secor was repeatedly accused of inciting racism through comments and tweets about immigrants and Jews. He also founded a student group called America First Bruins at the university.

UCLA said information on Secor was not available to the public.

"As an institution, UCLA is committed to mutual respect, making decisions based on evidence and using rational debate and not physical violence," Bill Kisliuk, director of media relations, said in an email.