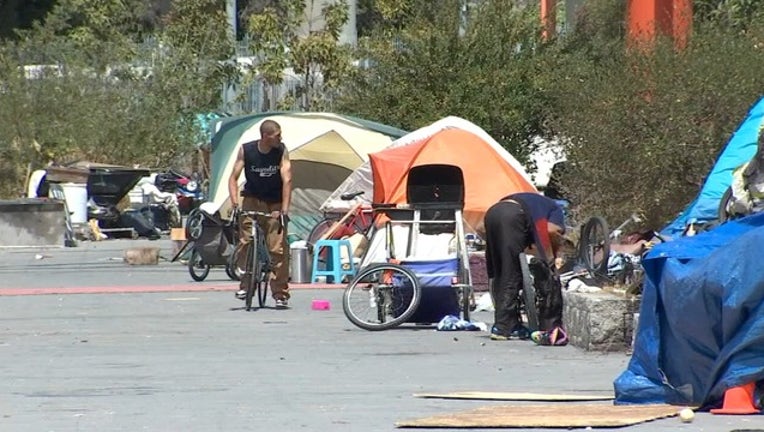 SAN FRANCISCO - Fewer San Francisco police may be responding to calls about the homeless following the passing of a resolution Wednesday evening by the city's police commission.

Commissioners unanimously passed a resolution that urges San Francisco city officials to form a working group to come up with an alternative to a police response, which is "not working," Kelley Cutler, human rights organizer with the Coalition on Homelessness, said.

"So this (resolution) is moving in the right direction and away from the status quo," Cutler said.

Wilson said they are "thrilled" that the commission is "calling on City leaders to develop an alternative response" to police. He said researchers and community leaders have pointed out that a police response is "ineffective and inhumane."

The Coalition on Homelessness said SFPD are currently dispatched to thousands of camping as well as psychiatric calls, but that a new approach would free up police department resources.

"I hear regularly from the police officers that they feel our city has placed too much responsibility on them to respond to homelessness," said District 6 Supervisor Matt Haney. His district includes the Tenderloin and SoMa neighborhoods which sees a disproportionate number of unsheltered people who sleep on the streets. "We absolutely need 24/7 non-police responses to homelessness that include highly-trained clinicians and outreach workers. A broader, coordinated response will allow the police to focus more on public safety, which should always be their primary responsibility.”

Police Chief Bill Scott was in attendance at the meeting.