Caltrain spokesman Dan Lieberman would not specify exactly how many people were injured, but he emphasized none were life-threatening.

SAN BRUNO, Calif. - A Caltrain train collided with two contractor's cranes and likely a third vehicle in San Bruno Thursday morning, sparking a fire on the tracks and causing 13 injuries and commuting delays.

In an interview with KTVU, Caltrain spokesman Dan Lieberman emphasized that none of the injuries was life-threatening.

A total of 75 people were on Caltrain #506 when the collision occurred.

Jesse Miller was one of them.

He took photos of the flames shooting out from one of the train cars.

"Craziest Caltrain ride ever," he tweeted.

Caltrain officials said that southbound train, headed to Gilroy, departed San Francisco at 10:14 a.m. and struck on-track equipment on the tracks at San Felipe and Huntington Avenue near the Tanforan Shopping Mall just after 10:38 a.m. The train, traveling at maximum speed of 70 mph, was quickly evacuated.

Caltrain crews are working on electrifying the rails and fleet.

"They’re there as part of doing construction of the electrification project. Ultimately why, they should not have been (on) the tracks at this time. So it’s not clear what specifically happened," said Lieberman.

NTSB investigators arrived Thursday evening to the site of a Caltrain crash in San Bruno. The train collided with an equipment truck and contractor cranes that are working to electrify the tracks. 13 people were injured.

Caltrain crashes into crane on tracks in San Bruno, injuring 13

Emergency and repair crews, Thursday night, remained at the scene of a damaging Caltrain accident on the commuter rails along the Peninsula.

San Bruno fire crews responded and extinguished the fire, but trains were being held in both directions because of the emergency response.

The result of the deafening sound from the collision was wreckage and fire on the tracks, which rattled residents of the Lomita Park subdivision.

"It felt like we were having an earthquake. It felt like there was disorder in my world," said resident Agnes Nercurio.

Caltrain officials said track construction work in the area has been ongoing since 2017. Train schedules are provided to crews on the tracks, and engineers are aware of the work that’s being done. Additionally, a lookout person is in place to notify workers of approaching trains.

How the collision occurred still needs to be investigated, Lieberman acknowledged. Crews are supposed to be aware of each other out on the tracks.

Part of the investigation will center on video from onboard train cameras. But officials said that equipment sustained heavy damage from the impact.

The National Transportation Safety Board will conduct their own separate investigation of the crash, parallel to the one conducted by the San Mateo County Sheriff's Office, and is headed to the scene.

Caltrain riders were warned to "expect ongoing delays." Service was limited to one track with delays through the evening rush hour. 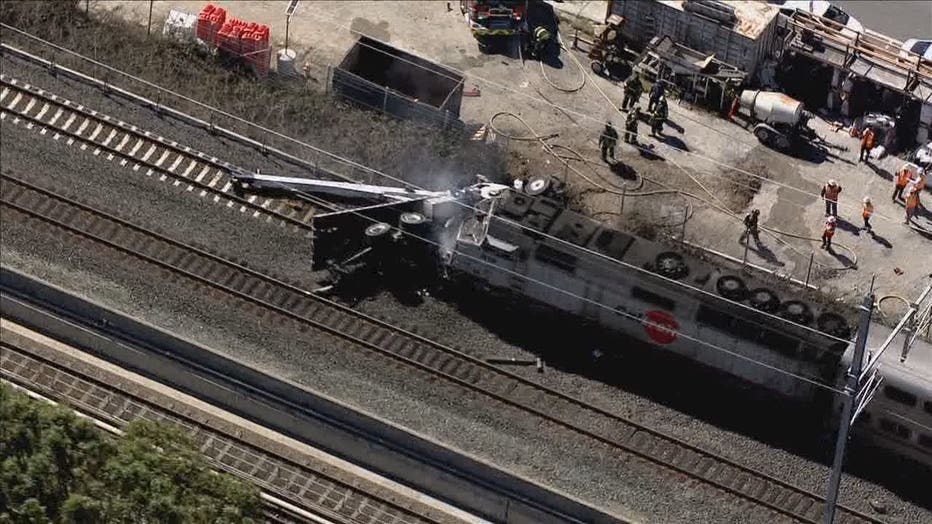 A Caltrain train collided with a contractor's crane in San Bruno Thursday morning, sparking a fire on the tracks and causing injuries and commuting delays. Jesse Gary reports 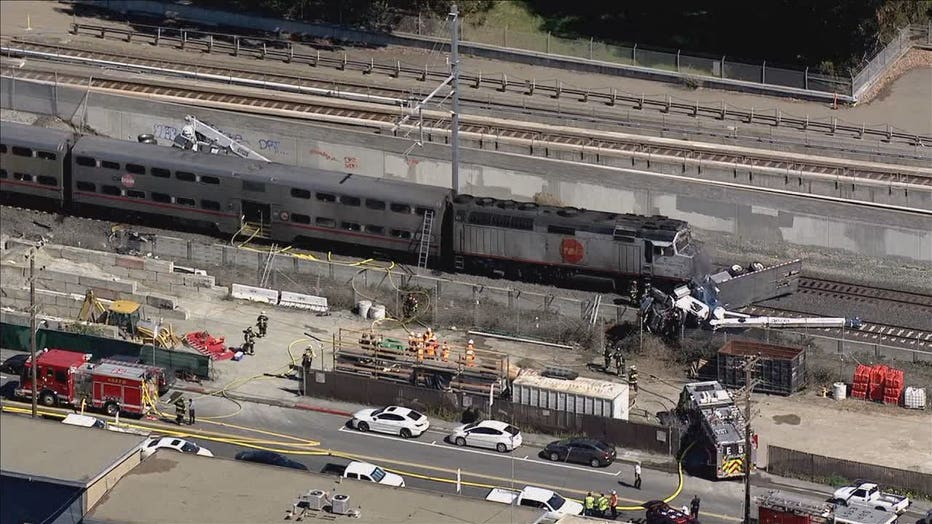 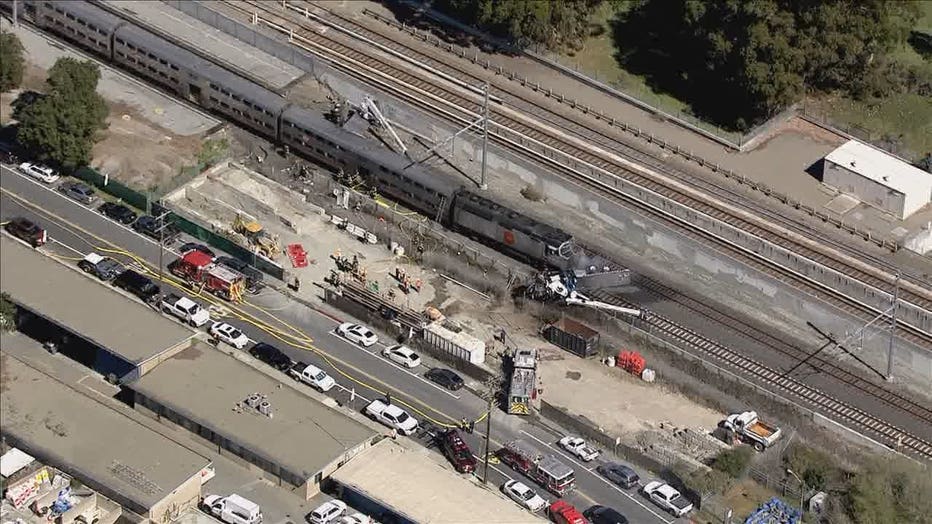 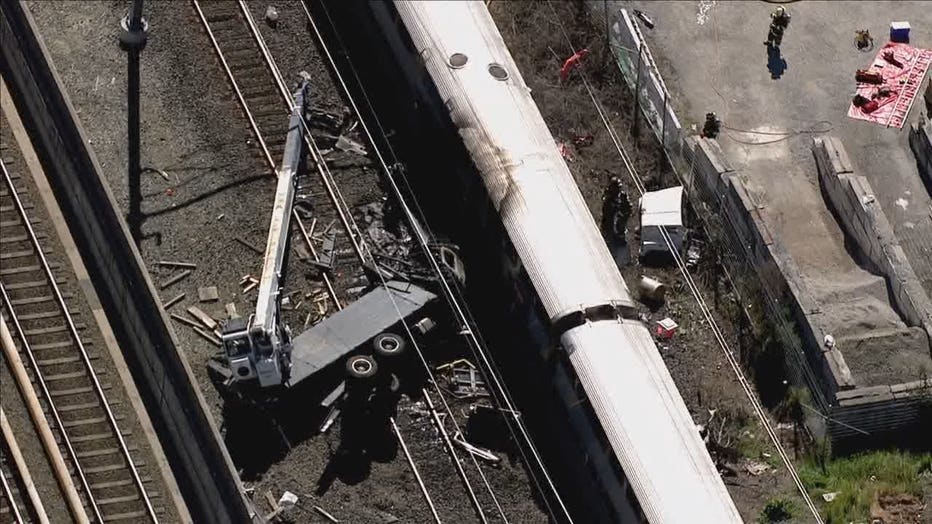