Woman recalls when her dog, herself were rescued after 18 hours in a canal

YUMA, Ariz. - An Arizona woman was stuck in a canal near Yuma for 18 hours after she tried to rescue her dog who fell in on June 6.

She held onto dear life as help arrived just before she was about to give up. A train conductor luckily saw her and called for help.

The canal current is strong and fast, making the 18-hour fight for her and her 50-pound dog's life nearly impossible while holding onto a tree.

The 12-foot embankment was so steep they couldn’t get out.

"The will to survive is what makes this a great story," says Sgt. Juan Salcido with Wellton Police, who was first on the scene to assist her and pull her and her dog out of the canal.

The conductor who saw the woman and her dog was in the eighth train that went by that day.

"Her body told the story of her constant fight. She had abrasions to her arms and legs. She had a sunburn. She looked exhausted to the point she couldn't stand on her two feet," Sgt. Salcido. said. "She made the statement to me and I know to deputies she was about to give up until she heard our sirens."

Authorities say the incident started when the woman was working in the area and let her dog roam, but her dog got too close to the canal and fell in.

This is a true testament to her ability to keep fighting for herself and her dog, says Sgt. Salcido.

Luckily, the woman didn't sustain any major injuries, and she is now recovering with her dog, Jack.

Just over a month later on July 13, we're hearing from the Tucson woman, Lynette Anderson, and she's thanking the man she calls her angel, Union Pacific Engineer, Norm Garner.

"I think it started to dawn on me that we might be in a little trouble," Anderson said. "So every time a train went by, I reached deep in the water to splash as tall as I possibly could to get someone's attention."

That person turned out to be Garner.

"I just happened to look down in the canal and I saw someone frantically waving, and I did a couple toots on my horn," he said.

Anderson says the timing of it made her heart skip a beat, and had hoped those honks of the train meant she and Jack were about to be rescued.

Garner says he's seen people swimming in the canal before, but this time, he felt it was "out of the ordinary."

By the time they wanted to stop the train, they were too far. So that's when they called first responders to help.

She says she's beyond grateful to first responders, and that Garner and his family have become like family to her and Jack.

"The first thing I told my conductor, ‘I have to meet this lady,’" Garner said.

18-hour fight for her life: Woman hangs onto tree with her dog until being discovered and rescued from canal

Woman, her dog rescued from fast moving Yuma canal after nearly a day

A train conductor spotted a woman and her dog hanging on for dear life in a Yuma canal. She said she was just about to give up until she heard sirens. The Yuma County Sheriff's Office released video of the harrow rescue.

The canal current is strong and fast, making the 18-hour fight for her and her 55-pound dog's life nearly impossible while holding onto a tree. "The will to survive is what makes this a great story," says Sgt. Juan Salcido with Wellton Police, who was first on the scene to assist her and pull her and her dog out of the canal. 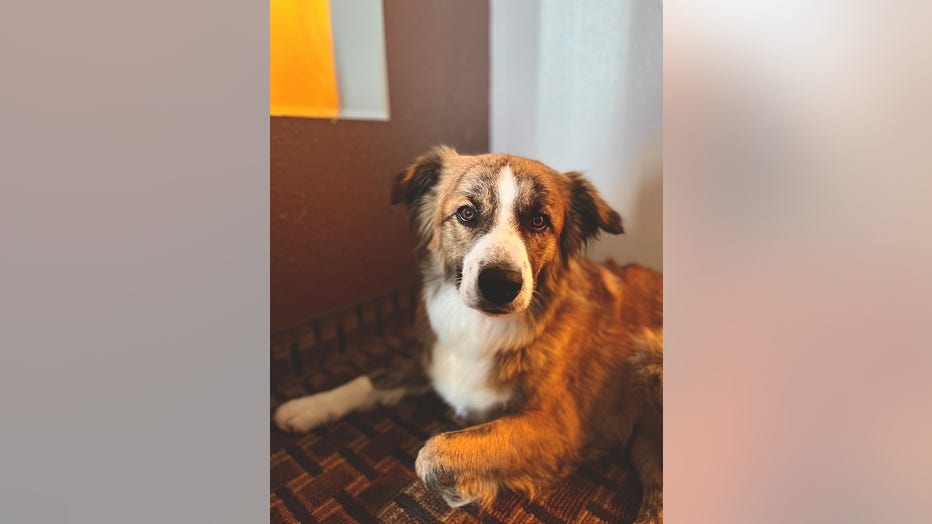 Jack, the dog rescued with his owner from a Yuma canal. Photo courtesy of the family