A firefighter was taken to the hospital after suffering some dehydration, officials said.

It took until 1:30 a.m. Wednesday to get the fire at 139th and Washington avenues under control, according to Alameda County Fire Division Chief Paige Bowie.

She added that investigators are working to confirm that the building was a marijuana grow operation.

The fire department received mutual aid from Oakland Fire Department, which had its hands full earlier in the day with brush fires that ended up being arson.

Officials have not said what caused the fire. 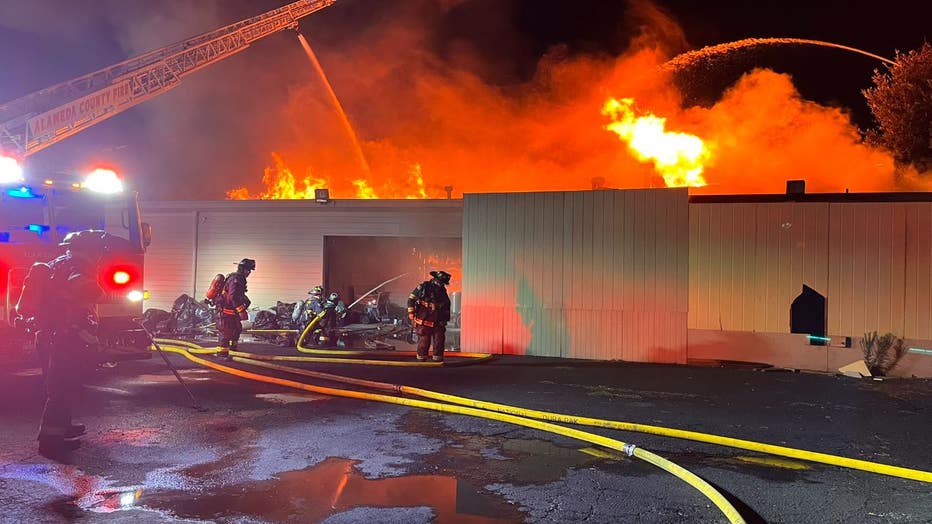