PETALUMA, Calif. - Fire crews responded to the scene of a fire at the Petaluma Municipal Airport on Monday that destroyed a small plane, according to fire officials.

The Petaluma Fire Department said a call came in around 11:42 a.m. regarding a possible explosion in a private-owned airport hangar.

The fire destroyed the hangar, the Piper J-3 Cub airplane, and a classic Corvette.

Fire officials said crews were able to keep the fire contained to that building at the airport.

Officials said damages from the fire could exceed $150,000 and that there was an estimated $2 million in valued assets protected by responding fire units. Units from Rancho Adobe and North Bay Fire were also dispatched to the scene. 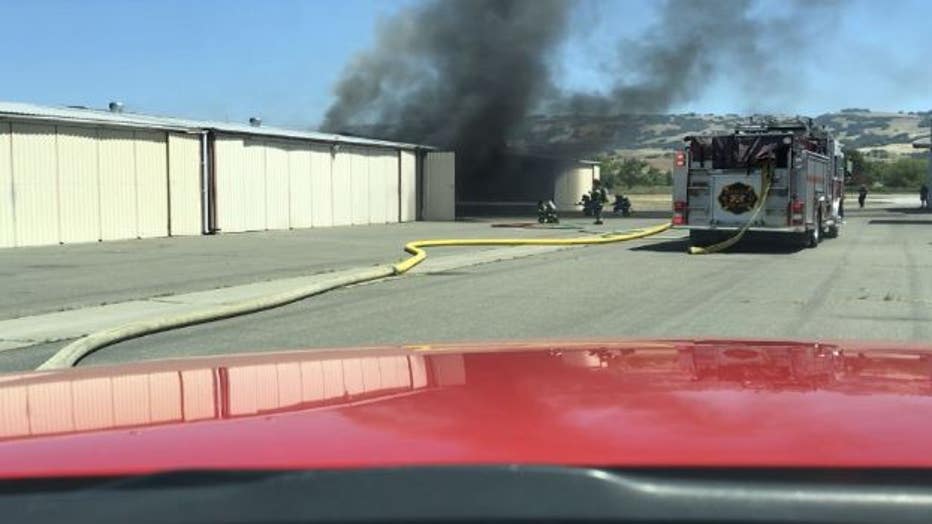 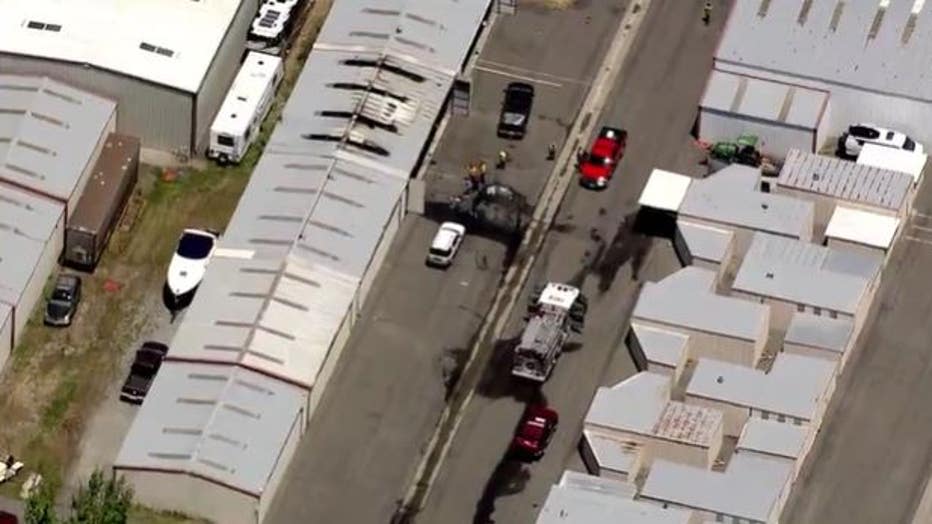 An explosion and fire occurred inside a hanger at the Petaluma Municipal Airport on Monday, June 6. 2022.