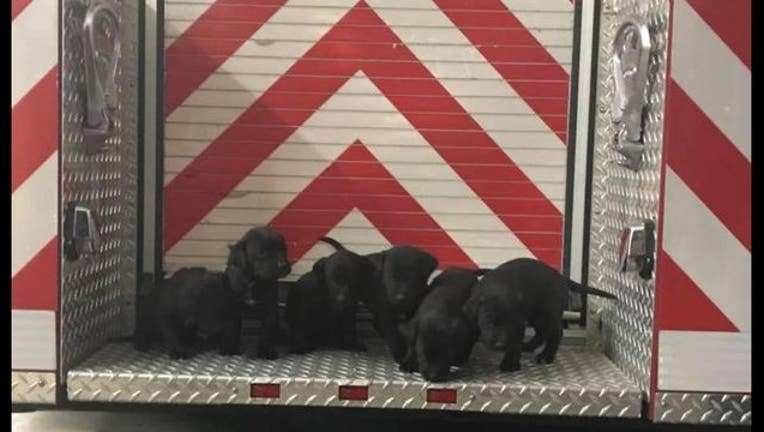 According to Truckee Meadows Fire Protection District the puppies were rescued in a remote area of the state between Doyle and Pyramid Lake.

Spanish Spring fighters said they gave the puppies baths before sending them to Washoe County Regional Animal Services saying, "it was hard to let them go."

According to KOLO the puppies were described as being healthy and in great spirits.

Additional details on the fire were not immediately available. It's unclear if the puppies had an owner, or if they'll be put up for adoption.