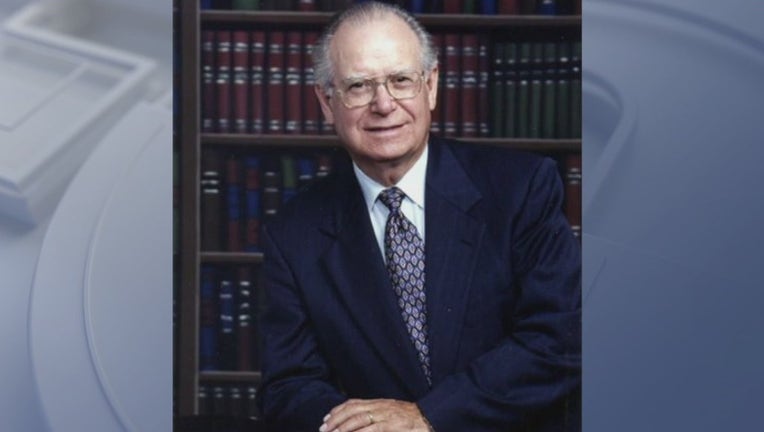 OROVILLE, Calif. - Cruz Reynoso, a son of migrant workers who worked in the fields as a child and went on to become the first Latino state Supreme Court justice in California history, has died. He was 90.

Reynoso died Friday at an elder care facility in Oroville, according to his son Rondall Reynoso. The cause of death was not disclosed.

In a legal career that spanned six decades, Reynoso played a prominent role in the movement to uplift the poorest workers in California, especially farmworkers from Mexico like his parents, and guided many minority students toward the law.

As director of California Rural Legal Assistance — the first statewide, federally funded legal aid program in the country — in the late 1960s he led efforts to ensure farmworkers’ access to sanitation facilities in the fields and to ban the use of the carcinogenic pesticide DDT.

One of the biggest cases won by CRLA while Reynoso was its director centered on Spanish-speaking students who were incorrectly assessed by their schools and placed into classes for the mentally challenged when, in reality, they were simply new English learners. The 1970 class-action lawsuit filed on behalf of Latino students in the Monterey County town of Soledad ended the practice of giving Spanish-speaking students IQ tests in English.

He earned respect for his compassion during his five years on the state Supreme Court but became the target of a recall campaign led by proponents of the death penalty who painted him, Chief Justice Rose Bird, and Associate Justice Joseph Grodin as being soft on crime. The three were removed in 1987.

After leaving the bench, he practiced and taught law at the University of California in Los Angeles and in Davis and served on the U.S. Commission on Civil Rights and the United Nations Commission on Human Rights. He received the Presidential Medal of Freedom from President Bill Clinton in 2000.

"Cruz Reynoso was a giant for the judiciary and the legal profession in California and across the country," Mariano-Florentino Cuellar, a justice on the California Supreme Court, said in a statement.

"His accomplishments were as remarkable as his humility. His memory and deeds will continue to inspire so many of us across California and the rest of our country."

Born in Brea on May 2, 1931, Reynoso was one of 11 children and spent summers with his family working the fields of the San Joaquin Valley.

After graduating from Pomona College in 1953, he served two years in the Army before attending law school at UC Berkeley.

He is survived by four children and two stepchildren.