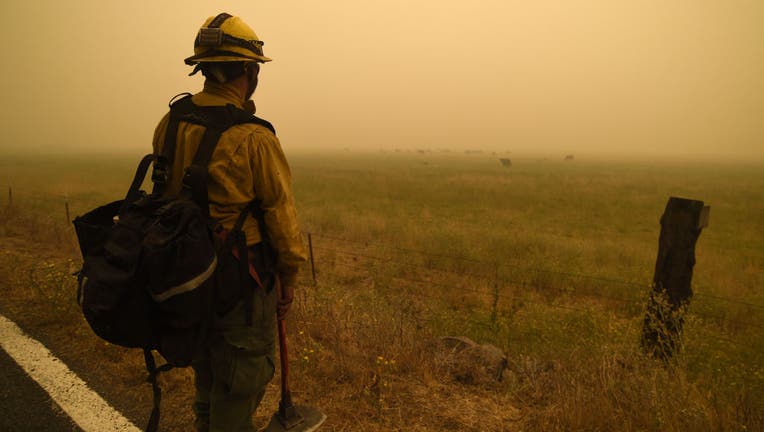 TAYLORSVILLE, CALIFORNIA - AUGUST 11: A private contract firefighter works to put out smoldering parts of the Dixie Fire in north of Greenville in Taylorsville, California, United States on August 11, 2021. (Photo by Neal Waters/Anadolu Agency via Ge

No other information about the incident or victim was released.

Cal Fire released news of the death at 7:41 p.m. Saturday. Their prior update, provided at 1:45 p.m. Saturday, did not reflect the death.

Three first responders have also been injured battling the fire, but those injuries were from before Saturday.

Fortunately, no civilians have been injured or killed in the Dixie Fire.

The Dixie Fire, which is burning above the Cresta Dam near the Feather River Canyon in Butte, Plumas, Lassen, and Tehama Counties is 889,001 acres and 56% contained.

Wildfires this year have burned at least 1,500 homes and decimated several mountain hamlets.

The Dixie Fire is burning about 65 miles north of the Caldor Fire. It is the second-largest wildfire in state history at about 1,385 square miles.