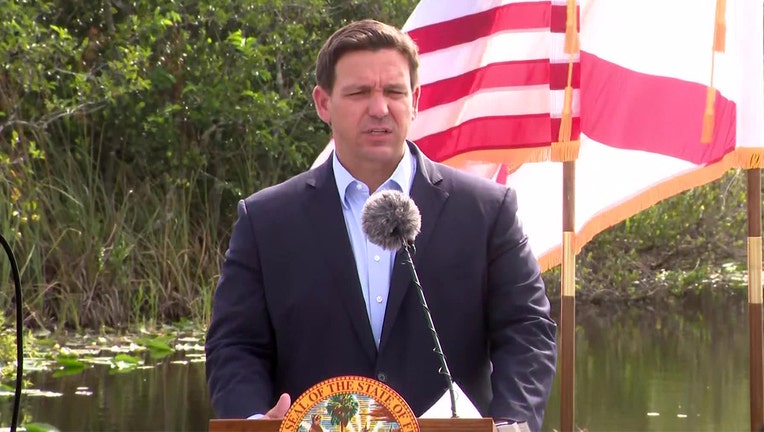 ST. PETERSBURG, Fla. - Florida Gov. Ron DeSantis has appealed a judge's ruling that the governor exceeded his authority by ordering school boards not to impose strict mask requirements on students to combat the spread of the coronavirus.

DeSantis, a Republican, said at a news conference earlier this week that he is confident the state will win on appeal by linking the mask mandate order to the Parents Bill of Rights law. That law, the governor said, reserves for parents the authority to oversee their children's education and health.

Cooper found, however, that the Bill of Rights law exempts government actions that are needed to protect public health and are reasonable and limited in scope -- such as masking students to prevent the spread of COVID-19 in schools.

"It doesn't require that a mask mandate must include a parental opt-out at all," Cooper said in an oral ruling Friday.

DeSantis and state education officials have threatened to impose financial penalties on school boards that adopt a mask requirement without a provision allowing parents to opt out.

So far, they have moved to withhold salaries for school board members in Alachua and Broward counties. Those are two of the 13 school boards representing over half of Florida's 2.8 million students that have voted for mask mandates in defiance of the governor's order.

"Ultimately, we are just trying to stand with the parents," DeSantis said. "We think it's important that they are given the ability to opt out."

In his ruling last week, Cooper agreed with a group of parents who claimed in a lawsuit that DeSantis' order is unconstitutional and cannot be enforced. The issue has triggered intense and divisive school board meetings around the state, pitting parents who say masks are essential for children's safety against those who call orders to wear them government overreach.

DeSantis has dismissed the recommendation from the Centers for Disease Control and Prevention that people wear masks. In particular, he contends that masks are less essential for young people and carry some risks of their own for children.

But Cooper said the state's medical experts who testified during the trial that masking is ineffective in preventing COVID-19's spread are in a distinct minority among doctors and scientists. He also said that while DeSantis frequently states that a Brown University study concluded masks are ineffective, the study's authors wrote that no such conclusion should be drawn.