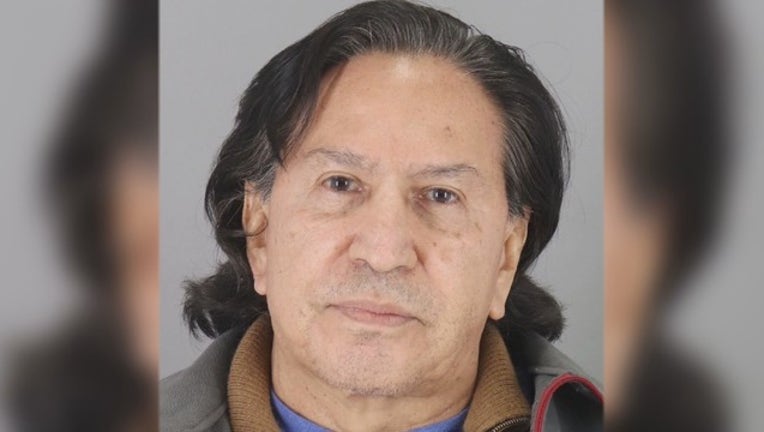 The former president of Peru, Alejandro Toledo Manrique, 73, was arrested March 17, 2019, at the Dutch Goose restaurant after he allegedly caused a disturbance and restaurant staff asked him to leave. Photo: San Mateo County Sheriff

Alejandro Toledo Manrique, 73, was arrested at 10:27 p.m. at the Dutch Goose restaurant at 3567 Alameda de las Pulgas after he allegedly caused a disturbance and restaurant staff asked him to leave.

Manrique was booked into the county jail Sunday night and released Monday morning. He lives in Los Altos.

Before his release, sheriff's officials were contacted by Interpol about possible charges against Manrique in Peru.

Toledo was president of Peru from 2001 to 2006. In February 2017, Peruvian officials issued an arrest warrant for Toledo, accusing him of taking $20 million in bribes from a Brazilian construction company in exchange for infrastructure contracts. Peruvian authorities have offered a $30,000 reward for information leading to his arrest, the Chronicle reported.

Sheriff's officials said they followed up with Interpol and Peruvian officials and afterward learned that charges against the former president in Peru do not authorize his arrest in the U.S.

According to the sheriff's office, Peruvian officials were unable to have the former president extradited and he had no other charges against him so he was released.