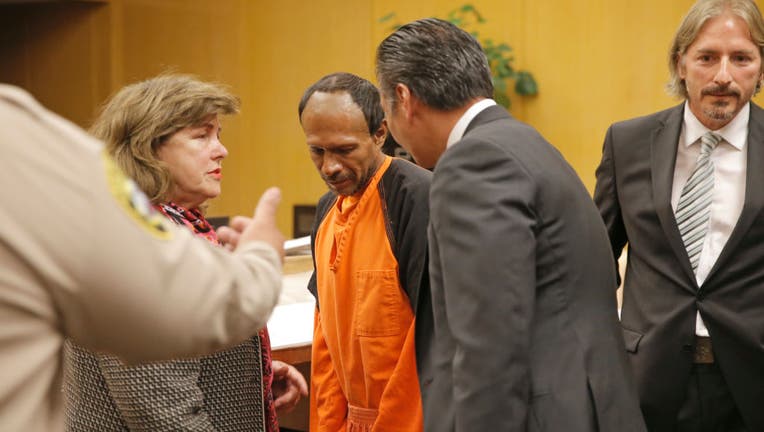 A Spanish language interpreter (left) is nearby as Juan Francisco Lopez-Sanchez, is led away by Public defender Jeff Adachi, (middle right) and Sanchez's attorney Matt Gonzalez, (right) after his arraignment at the Hall of Justice in San Francisco, C

SAN FRANCISCO - Jose Inez Garcia Zarate -- accused of shooting a gun along a San Francisco pier in 2015 and killing a woman -- remains in prison as he awaits trial on federal charges, but his former attorneys with the city's Public Defender's Office are calling on U.S. President Joe Biden to release him.

Garcia Zarate was acquitted of murder and manslaughter charges in San Francisco Superior Court in 2017 for the shooting at Pier 45 that killed Kate Steinle, 31, as she walked with her father on July 1, 2015.

San Francisco Public Defender's Office Chief Attorney Matt Gonzalez and Managing Attorney Francisco Ugarte, who represented Garcia Zarate in that case, have contended that the shooting was an accident, with Garcia Zarate being unaware that a wrapped object he found was a gun and that he accidentally fired it before immediately throwing it into the Bay.

Following his 2017 acquittal, however, prosecutors filed new charges of being an ex-felon in possession of a gun against Zarate and he was found guilty and sentenced to three years in prison. But, in 2019, a state appeals court overturned the conviction, with a panel of judges finding that Garcia Zarate possessed the gun too briefly to be convicted.

Over the years, the case became a national flashpoint in debates over immigration, as Zarate is an undocumented Mexican citizen who had been deported five times and had seven felony convictions. 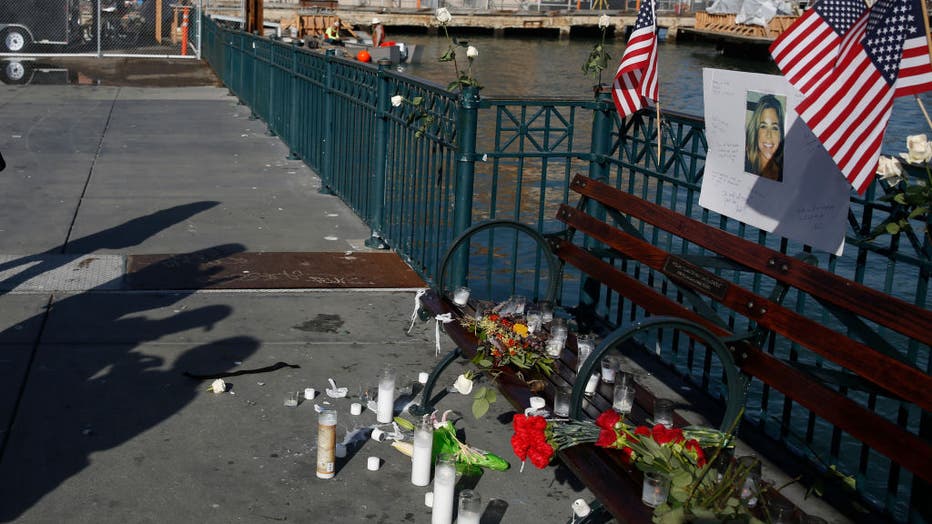 A memorial for Kate Steinle is seen at Pier 14 on Friday, December 1, 2017 in San Francisco, Calif. Much of the shrine appeared to have been started by a self-proclaimed ôalt-rightö group. Jose Ines Garcia Zarate was acquitted of murder and manslaugh

On Sunday, both Ugarte and Gonzalez, in a joint post on the website Medium, called for Biden to release Garcia Zarate.

"Garcia Zarate is still in custody only because then-President Donald Trump and then-Attorney General Jeff Sessions were outraged by the verdicts," Ugarte and Gonzalez said. "Rather than evaluate the jury's finding, Trump and Sessions rushed to keep Garcia Zarate in custody.

Thus far, their efforts are working. What they could not change, however, is that Garcia Zarate is factually innocent of the charges, including the federal indictment alleging gun possession."

The post continued, "Now is the time for the Biden administration to let the world know federal prosecutions will not be premised on lies and misinformation. Let's finally tell the truth: this accidental shooting tragedy happened because we're a country with over 400 million guns in private hands. Should we be surprised that deaths result daily from this allegiance? Justice for Mr. Garcia Zarate is overdue. It is time to drop politically motivated charges against him."

Garcia Zarate's current attorney in the federal case, Tony Serra, was not immediately available for comment.