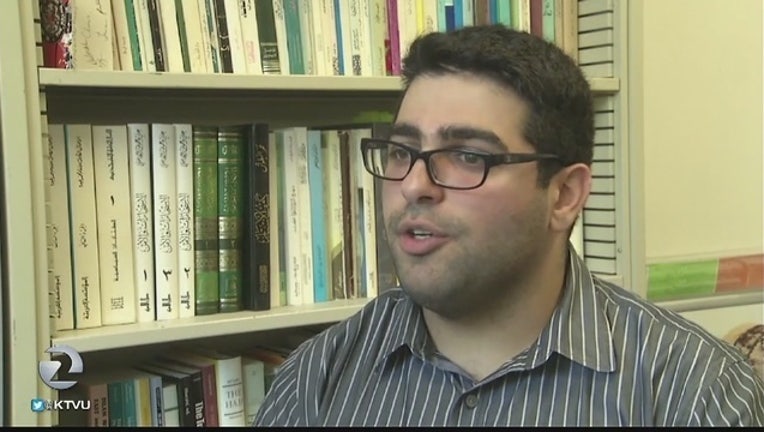 SAN FRANCISCO (BCN) A former University of California at Berkeley student who was removed from a Southwest Airlines plane after he spoke Arabic sued the airline today for allegedly violating his civil rights.

At the time of the incident on April 6, 2016, Khairuldeen Makhzoomi, then 26, was a senior at UC Berkeley majoring in public policy and living with his mother and brother in Oakland. He is now a graduate student specializing in Arabic studies at the Georgetown University Walsh School of
Foreign Service.

The event was an invitation-only dinner with then-United Nations General Secretary Ban Ki-moon, according to the lawsuit. Makhzoomi told his uncle in Arabic that he was excited to have met Ban Ki-moon and to have asked a question.

A passenger who heard him speaking in Arabic reported him to the airline staff, according to one of his lawyers, Zahra Billoo of the Council on Islamic-American Relations.

Soon after, a Southwest Agent, Shoaib Ahmed, together with two police officers told him he had to leave and escorted him off the aircraft and into the terminal.

Makhzoomi was questioned and searched in front of a crowd of onlookers by six police officers and then interrogated and searched "for hours" by FBI officers in a private room, according to the suit.

Ahmed is named along with Southwest Airlines as a defendant.

After both the police and the FBI cleared Makhzoomi, Southwest refunded his ticket but refused to book him on another Southwest flight. Makhzoomi found a flight on a different airline and arrived in Oakland eight hours later than planned.

The lawsuit says Makhzoomi was sitting peacefully in his seat and obeying all rules and that Southwest allegedly "singled out plaintiff and punished him for displaying his identity, while other non-Arabic speaking passengers who were sitting on the plane, casually using their phones, were
not removed from the flight."

It claims the incident caused him to suffer trauma, stigmatization, severe mental and emotional distress, public humiliation, damage to his reputation and fear of airports and flights.

The suit seeks both a compensatory and a punitive financial award for alleged violation of federal and state civil rights laws, intentional infliction of emotional distress and negligence.

A Southwest spokesman said the company could not comment on pending litigation.

In a previous statement on April 18, 2016, Southwest said the passenger who reported Makhzoomi also spoke Arabic and asked the flight crew to investigate "what were perceived to be threatening comments."

"Our crew responded by following protocol, as required by federal law, to investigate and report to law enforcement agencies any potential threat to civil aviation. It was the content of the passenger's conversation, not the language used, that prompted the report leading to our investigation," the airline said in 2106.

The lawsuit alleges Southwest "did nothing to verify or even slightly corroborate the complaint" before removing Makhzoomi.

Billoo said today, "Southwest Airlines removed Mr. Makhzoomi from a flight and turned him in to local and federal law enforcement for no reason other than his spoken language.

"What Mr. Makhzoomi experienced is the essence of religious profiling, and every Muslim airline passenger's worst nightmare," she said.