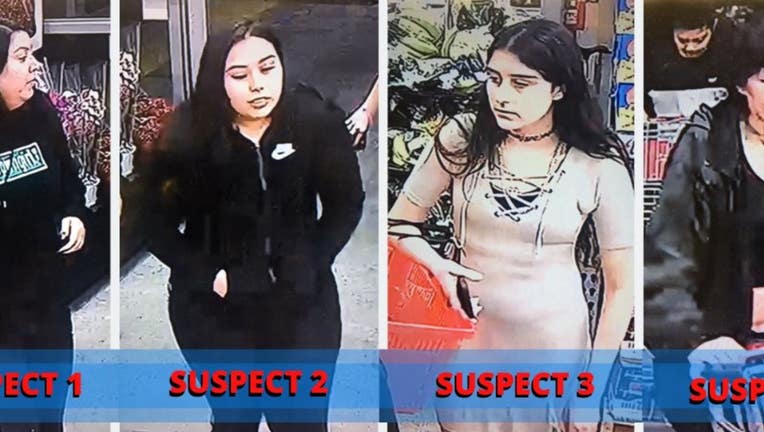 ALAMEDA, Calif. (KTVU) - Police are searching for four women accused of stealing from a grocery store in Alameda over the weekend.

The suspects entered a Grocery Outlet on Saturday around 9 p.m. with a child, between the ages of 11 and 12.

Authorities believe the women worked together to steal three full shopping carts of merchandise from the store before they took off in a white or beige 1990s Ford Aerostate minivan. 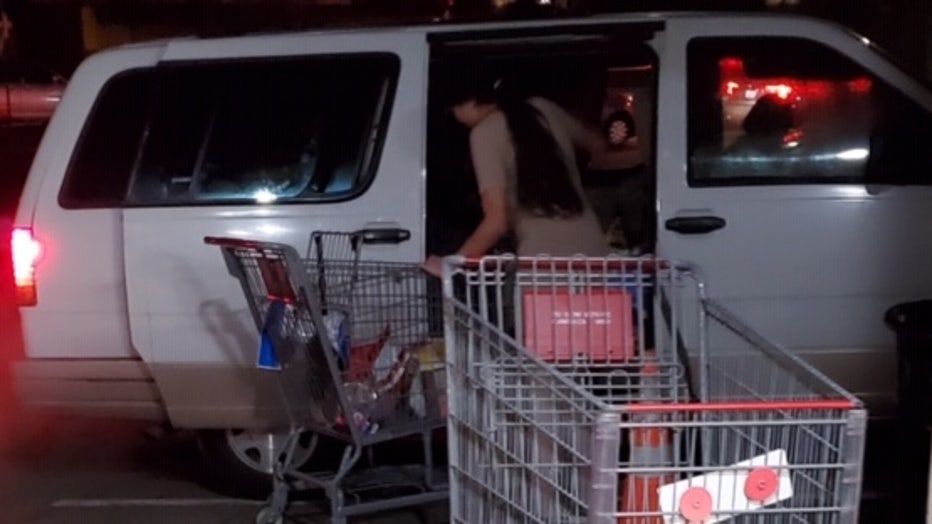 Police described the first suspect as a Samoan or Hispanic woman, between 25-29 years old, 5’9", 160 pounds, with black hair. She was wearing a black hooded sweatshirt with the word “Towngirl” in green and white lettering on the front, black pants with three white stripes, and furry black slippers.

The second woman authorities believe is Samoan or Hispanic, 21-22 years old, 5’4”, 160 pounds, with black hair. She was wearing a black hooded zippered sweatshirt with a white Nike logo on the front and black pants with three white stripes.

The third suspect is described as a Samoan or Hispanic woman, 5’5", 120 pounds, black hair, wearing a tan dress with a lace front, and floral slides.