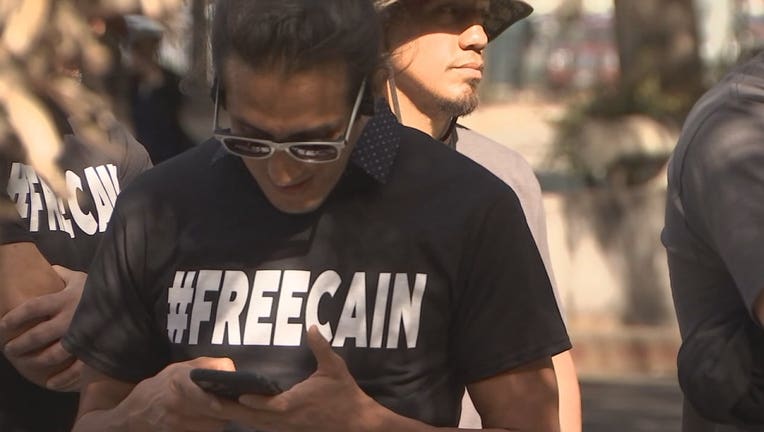 SAN JOSE, Calif. - As prosecutors painted former UFC champion Cain Velasquez as a reckless vigilante who shot at a man charged with molesting the fighter's 4-year-old relative, the MMA fighter was definitely winning in the court of public opinion.

The hashtag #FreeCain sprung up almost immediately after it was revealed that Velasquez, 39, a heavyweight champion who now lives in Gilroy, was charged with attempted murder – but that his intended target was Harry Goularte, a 43-year-old man accused of inappropriately touching a child who is related to Velasquez.

Goularte was released on bail earlier last week and was on his way to get an ankle monitor with his parents when Velasquez caught up with him on Monday afternoon and started shooting, police reports indicate.

Free Cain T-shirts seemed to pop up almost overnight. Dozens of Velasquez supporters were wearing them Wednesday at his arraignment at the Hall of Justice in San Jose.

And Derek Brunson, a professional MMA fighter with the UFC, announced on Twitter that he was selling the T-shirts too, with half of the proceeds going to pay for Velasquez's legal funds.

Other fighters chimed in as well.

Former UFC welterweight Ben Askren posted: "I don’t want to live in a country where you can’t shoot someone who sexually abused your child. #FreeCain"

And regular people also had Velasquez's back.

"I don't blame him," Miyori Boonprakob wrote on Facebook. "I would have done the same thing….There's no room for child molesters and abusers. Sorry but not sorry."

Velasquez is now facing 10 counts of attempted murder and gun charges and is being held without bail in Santa Clara County Jail. His next court hearing is Monday.

Prosecutors say Velasquez rammed his truck into Goularte's and shot at Goularte's stepfather who was driving. Goularte's mother, who runs the daycare where the child attends, was also in the truck. The stepfather was hit by a bullet but he is expected to be OK. Goularte and his mother escaped any injury.

"What he did was put the public in danger," French said at a news conference on Wednesday outside court. "Driving a vehicle and firing a firearm on the highway. Ah, is extremely dangerous to other people and human life."

But Velasquez's supporters, many of them who came to the courthouse from the same South San Jose MMA gym where he coaches, do not believe that he is dangerous.

Many came to stand by him in court as he delayed entering a plea and awaits a bail hearing next week to see if he can be released as his legal proceedings play out.

Velasquez's wife came to court but did not speak. Neither did his attorney, Alexandra Kazarian, who stood by him during the arraignment.

Velasquez retired in 2019 and is a former two-time Ultimate Fighting Championship title belt holder in the heavyweight division.

That same year, Velasquez embarked on a professional wrestling career, working for the Mexican Lucha Libre promotion AAA before moving to the WWE promotion.

In April 2020, he was released from his contract because of budget cuts related to the pandemic.

"This event should have never happened, had they kept the pedophile behind bars," said Erin McNabb, a Velasquez family friend. 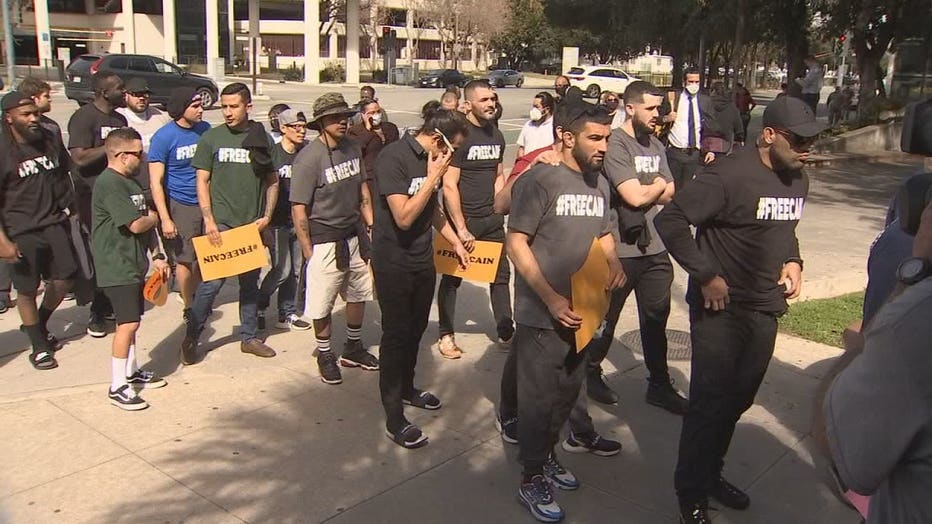 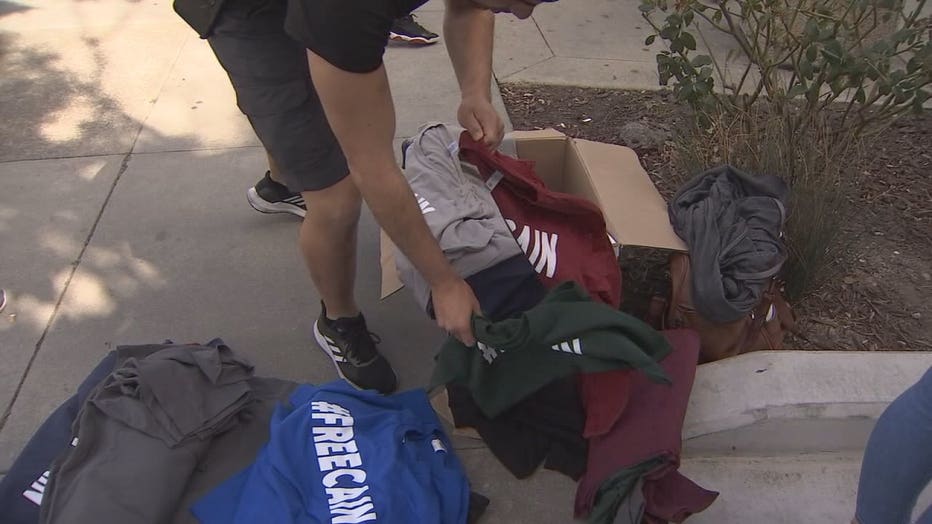 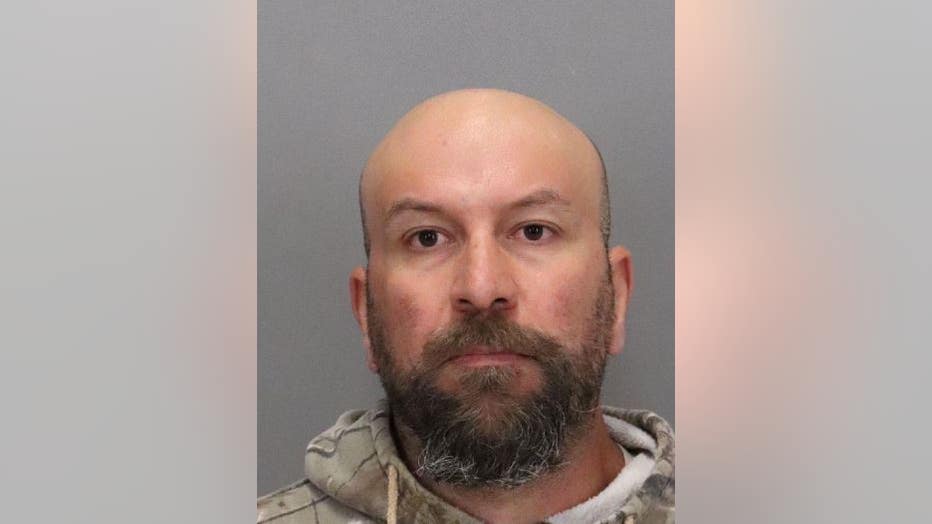 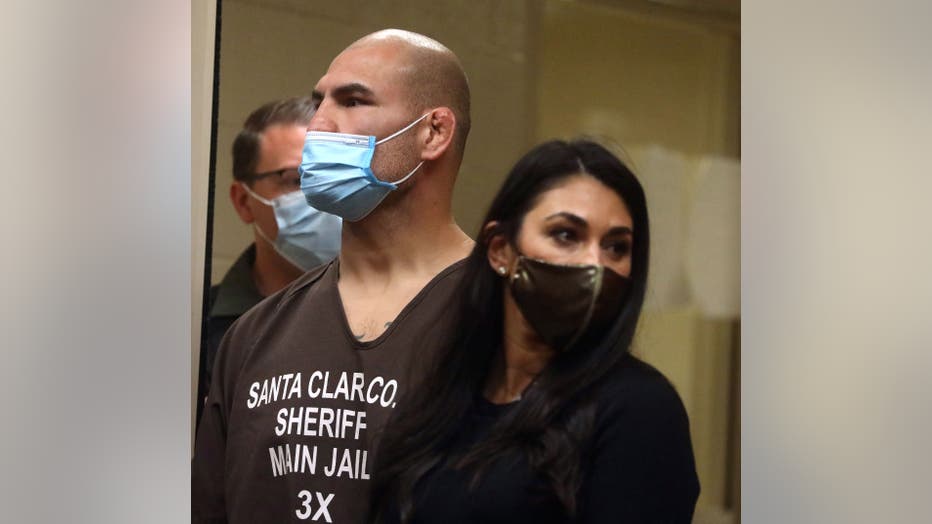 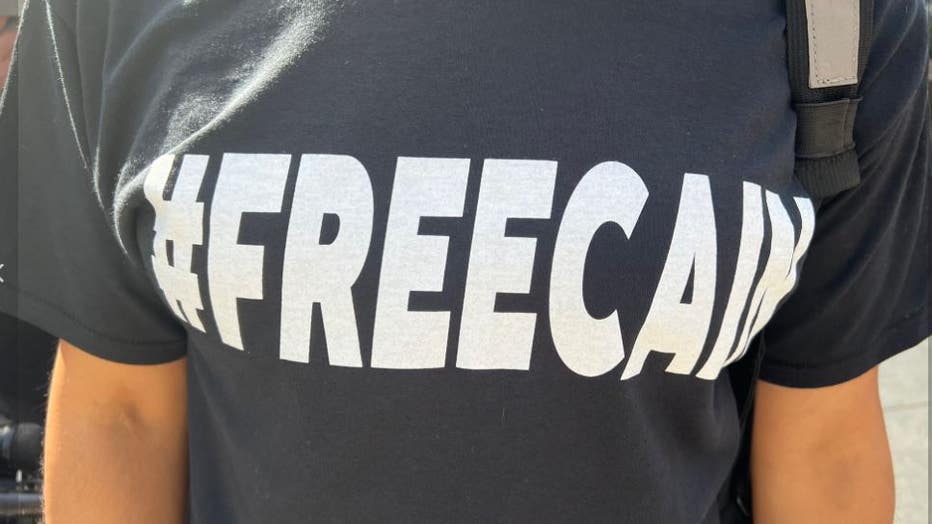