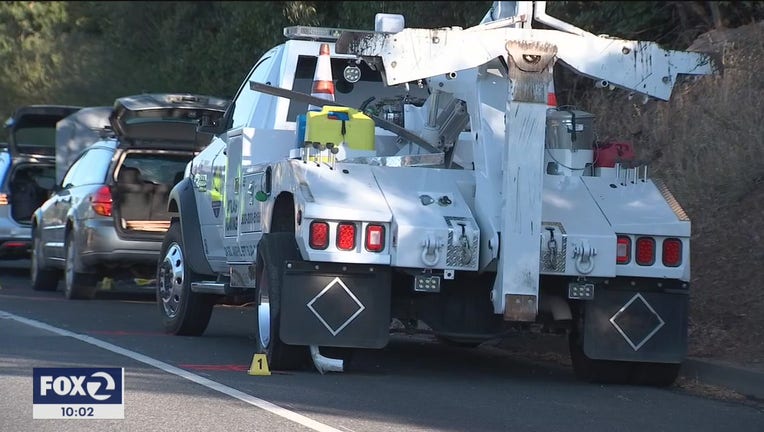 WOODSIDE. Calif. - A Freeway Service Patrol driver who died in a crash Tuesday afternoon on Interstate Highway 280 in Woodside has been identified by the San Mateo County coroner's office as 61-year-old Dublin resident Mark Alarcon.

California Highway Patrol officers responded at about 3:40 p.m. Tuesday to the crash reported on southbound Highway 280 between Farm Hill Boulevard and Edgewood Road.

A lumber truck was traveling south when it left the road and struck the Freeway Service Patrol truck and Alarcon. The FSP helps during commute hours by providing gas and other services to people who need it. The services are paid by the state of California.

The lumber truck driver stayed at the scene and cooperated with investigators. CHP spokesman Officer Art Montiel said impairment does not appear to be a factor in the crash.