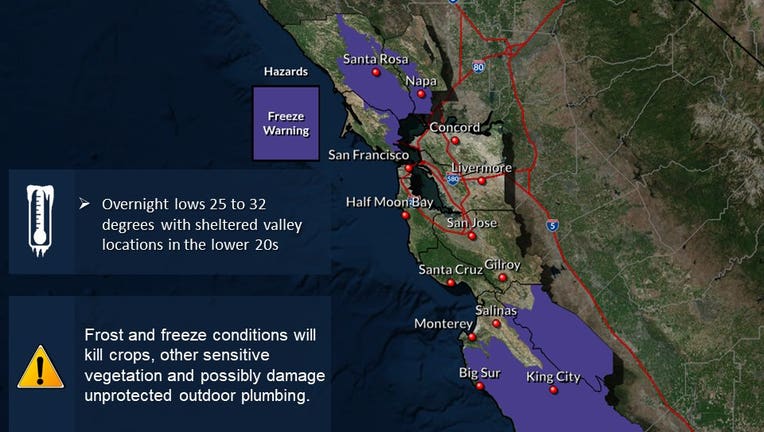 On the San Francisco Peninsula and coast and in the South Bay and East Bay, temperatures are expected to drop to 35 to 45 degrees.

The cold weather is due to light offshore winds and few clouds overnight, weather officials said.

Localized areas west of Santa Rosa and in the Alexander Valley will get as cold as the low 20s. The same is true for localized areas in southern Monterey County.

Freezing temperatures and frost is expected to kill crops and sensitive vegetation and may damage outdoor plumbing that isn't protected.

Through the weekend, overnight lows will warm gradually, but remain near or below freezing.