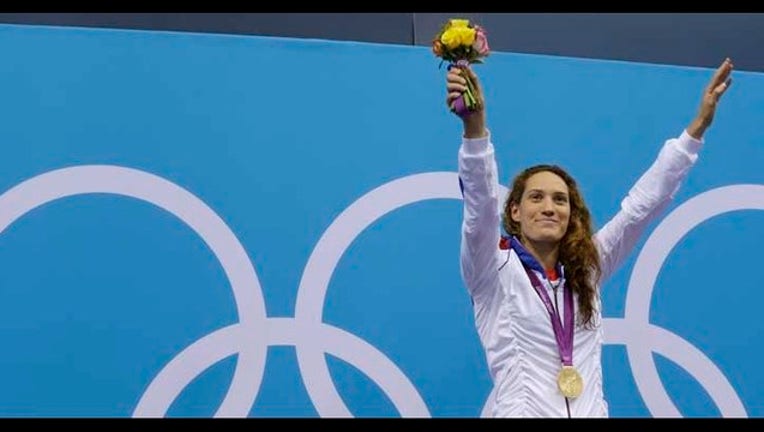 PARIS (AP) — Much of France was in mourning and looking for answers on Tuesday over the crash of two helicopters in a remote part of Argentina that killed 10 people, three of them French sports stars taking part in a glitzy new reality TV show.

Olympic champion swimmer Camille Muffat, Olympic boxer and bronze-medalist Alexis Vastine, and pioneering sailor Florence Arthaud died in Monday's crash. They had been among the contestants in the reality TV show "Dropped."

Photographs and mobile-phone footage showed the burning wreckage of the helicopters in dry scrubland of a sparsely populated area along the Andes mountain range that separates Argentina and Chile.

The crash was believed to be one the deadliest incidents yet related to reality TV shows, a sub-genre of which involves taking celebrities and others to far-flung places to face challenges against the natural elements, both physical and mental.

French Prime Minister Manuel Valls said France's foreign ministry is in contact with authorities in Argentina to determine what caused the crash. President Francois Hollande expressed the "immense sadness" about those who died.

The Paris prosecutor's office opened an investigation for possible involuntary manslaughter, which is to be conducted by a research unit of the French air transport police, a French police official said.

The deaths were likely to place new attention on risks involved with such shows. Two years ago, TF1 — France's leading private-sector network, which aired the program — canceled the season of the "Survivor"-like show "Koh Lanta" after a 25-year-old participant died of a heart attack on the first day of filming in Cambodia.

Show producer Adventure Line Productions was behind both programs. In a statement, the company said its staffers were "devastated" and "share the deep pain of the families and loved ones."

Nonce Paolini, CEO of TF1, said: "We don't know the circumstances but what I can tell you is that, obviously, such a program was made to bring happiness to all, and I think that both the technicians and the champions were happy to do this show."

"A tragic accident has unfortunately created a terrible shock for all of us."

Angulo, the security secretary, said one of the helicopters belonged to La Rioja province and the other to neighboring Santiago del Estero province.

"The helicopter from La Rioja was a Eurocopter with a capacity to hold six people. It appears to have brushed against the other helicopter from Santiago del Estero shortly after takeoff," the statement from the provincial government said.

The crew had arrived Sunday in Villa Castelli, where it had previously filmed a version of "Dropped" for Switzerland and Denmark, said Mayor Andres Navarrete. The remaining victims were identified as Laurent Sbasnik, Lucie Mei-Dalby, Volodia Guinard, Brice Guilbert and Edouard Gilles, as well as pilots Juan Carlos Castillo and Roberto Abate.

The production company declined immediate comment about their roles in the show.

French Secretary of State for Sport Thierry Braillard said on the BFM TV channel that "French sport has lost three stars this morning."

Vastine, 28, won a bronze medal at the 2008 Olympic Games in Beijing and lost in the quarterfinals four years later in London amid a sporting controversy that led him to break down in tears. He had reportedly vowed to win gold at the 2016 games in Rio.

But perhaps the best known was Arthaud, 57, a pioneer in sailing. In 1990, she became the first woman to win the famed Route du Rhum race, a trans-Atlantic single-handed yacht race between Brittany and the Caribbean island of Guadeloupe.

"I am sad for my friends, I'm trembling, I'm horrified, I don't have words. I can't say anything," Wiltord tweeted.

Candeloro, speaking on RTL radio, said the other contestants were at their hotel Tuesday awaiting arrival of French consular officials.

Reality TV shows can appeal to former adrenaline-powered star athletes who remain often famous and beloved long after their careers are over, and are looking for new challenges or fun.

William Forgues, Muffat's companion, told i-Tele cable news channel that she was instructed not to reveal details about the show filming, but "told everybody that it was great. She was not forced (to do things). She was where she wanted to be."