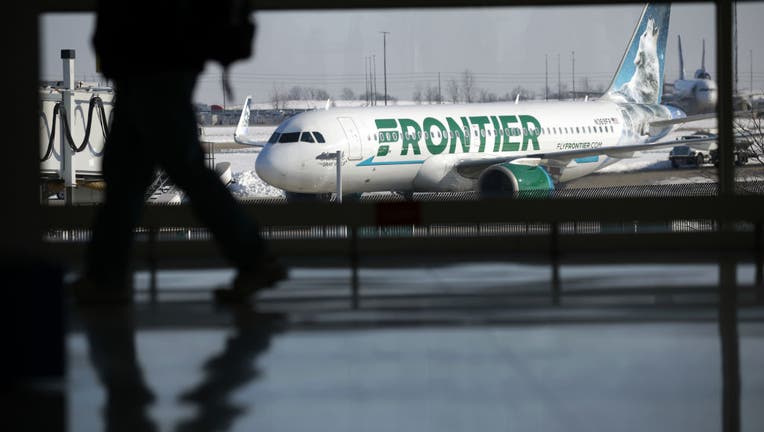 GREENSBORO, N.C. - A North Carolina woman has settled a lawsuit with Frontier Airlines after she and her daughter said they were kicked off a flight after finding someone else’s vomit in their seats.

Rosetta Swinney filed a lawsuit against the airlines in U.S. District Court Middle District of North Carolina on behalf of her then-14-year-old daughter, J.S., in 2019.

According to court documents obtained by FOX Television Stations, Swinney and her daughter were getting ready to board a flight from Las Vegas to Raleigh-Durham International Airport in April 2019. However, their flight was delayed by 20 minutes due to the cleaning of the aircraft.

As they were getting seated, J.S. felt and smelled a liquid on her hand and later identified the substance as someone else’s vomit. She then alerted her mother. They then noticed more vomit in their seating area including the "seatback tray and inside of the seat pocket."

Court exhibits showed pictures of the substance covering part of the seat’s back in front of them.

Swinney said after asking the flight attendant to speak to her supervisor, she and her daughter tried to look for another seat on the flight but then were told they had to deplane. Because she refused, the pilot then asked all passengers to deplane "because of one rude passenger," according to court documents.

Back in the terminal, Swinney said she was arrested in front of her daughter.

According to court documents, Frontier Airlines then released this statement:

"During boarding of flight 2066 from McCarran International Airport (LAS) to Raleigh-Durham International Airport (RDU) last week, two passengers told the flight attendants that vomit was present in their seat area. The flight attendants apologized and immediately invited the mother and her teenage daughter to move to either end of the plane so that the seat area could be cleaned. The mother and daughter were also told that once boarding was complete they would be provided other seats if available. The daughter was also offered cleaning products and invited to use the lavatory to wash up. The mother was unsatisfied with the response and became disruptive. As a result, the flight attendants determined that the mother and daughter should be deplaned and accommodated on another flight. The mother refused, and following procedure, law enforcement was called. Law enforcement then requested that everyone deplane so that the mother and daughter could be removed allowing the aircraft to be re-boarded and depart. We apologized to our passengers for the inconvenience caused by the departure delay. The safety of passengers and crew is our top priority at Frontier."

Swinney then sued Frontier for abuse of process, defamation, negligence, and infliction of emotional distress.

FOX Television Stations has reached out to Frontier Airlines for comment.