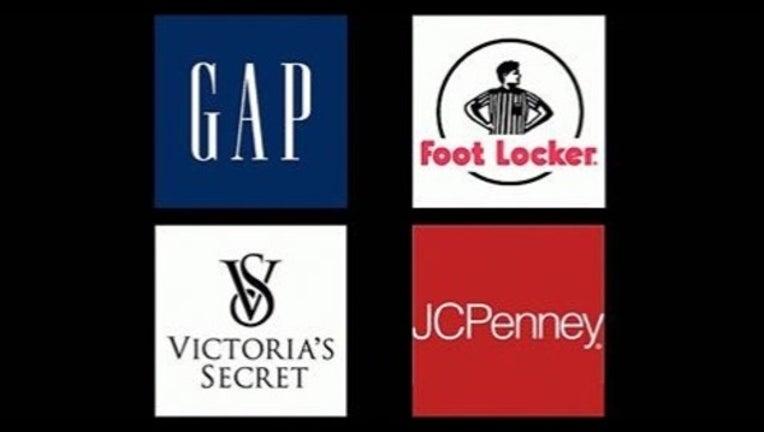 FOX NEWS - The 'retail apocalypse' is alive and well this week with major chains such as Gap, JCPenney, Victoria's Secret and Foot Locker all announcing massive closures, totalling the death of more than 465 stores over the last 48 hours.

All four companies reported its fourth quarter results this week during the critical holiday period, with three of them (Gap, JCPenney and Victoria's Secret) reporting declining in same-store sales, while Foot Locker reported growth that more than doubled expectations.

Still, despite the good news. Foot Locker announced Friday that it plans to close around 165 stores across the country, during its investor call.

That comes less than 24 hours after Gap announced it would close 230 of its namesake stores over the course of the next two years after the brand's same-store sales fell 7 percent during the holiday quarter. It also announced that it will separate its sister company Old Navy into its own publicly-traded company and create a new firm to house its remaining brands.

To top that off, earlier that day on Thursday, JCPenney announced it too will shutter 18 of its department stores this year, including the three it already announced in January.

Additionally, it said it plans to close nine of its home and furnitiure stores to coincide with its previous announcement to discontinue selling major applicances and furniture at all of its stores by the end of February.

However, Bob Phibbs, CEO of New York-based consultancy the Retail Doctor thinks JCPenney will be forced to  announce more closures down the road.

“It is mind boggling that JC Penney still thinks they have time when the clock has run out and there’s no real plan. Closing 18 stores is barely a drop in the bucket of JC Penney’s more than 850 stores. If this was a big, bold effort to reinvigorate the brand, they would have announced they were closing hundreds of stores and investing in an outstanding experience at their other locations," Phibbs told FOX Business.

He added that JCPenney "still desperately" needs an inspiring vision for its brand as more and more customers head to Target, Walmart and Amazon.

Lastly, late Wednesday, L Brands' Victoria's Secret also reported its same-store sales fell during the holidays, dropping 3 percent and it will have to close 53 stores this year.

According to a Business Insider report, these announcements will bring the number of planned stores closures this year to well over 4,500.