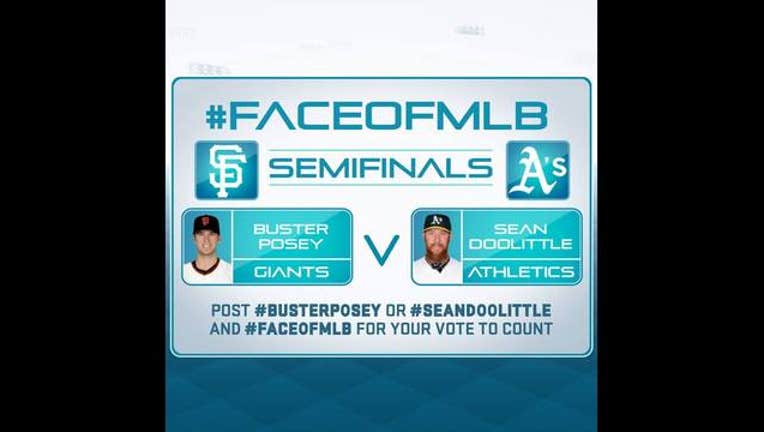 Today is the last day of voting for the semi-finals between the two, with the winner advancing to face last year's winner, New York Mets third baseman David Wright in the final round of voting.

Last year the A's were represented by Eric Sogard, who edged out Posey and then narrowly lost to Wright.

The Giants official twitter account has been very active throughout the day, urging fans to vote by tweeting out #BusterPosey and #FaceofMLB.

At the same time Doolittle, who is missing the beginning of the season with a shoulder injury has reportedly been enjoying his campaign and the support from fans.

Voting closes at 5 am Tuesday morning.