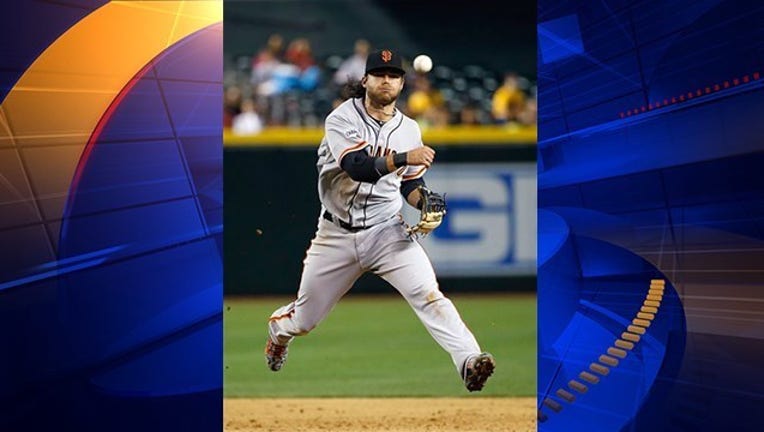 Heston (1-0) had a wild pitch and a throwing error that led to Arizona's runs, but shook off both to win in his second big league start.

Nori Aoki had three of San Francisco's 14 hits, including a run-scoring double off Jeremy Hellickson (0-1) in the right-hander's Arizona debut.

Matt Duffy also had a run-scoring double and Brandon Crawford added a run-scoring single for the defending World Series champions. Santiago Casilla worked around a single in the ninth for his second save.

Arizona went 0 for 8 with runners in scoring position, needing miscues by the Giants to score its two runs.