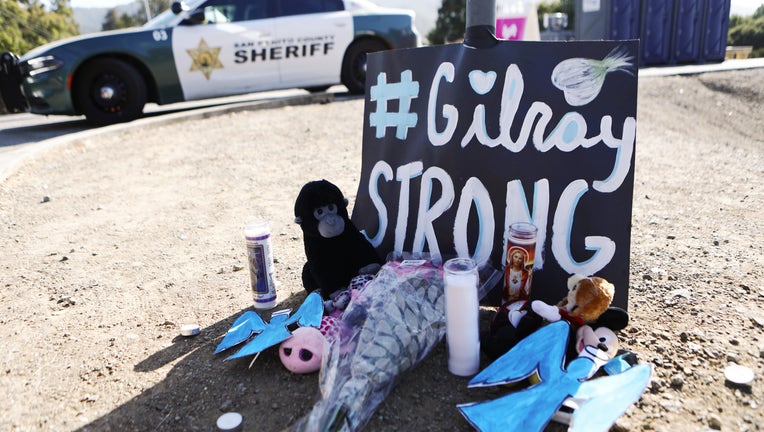 A makeshift memorial is seen outside the site of the Gilroy Garlic Festival, after a mass shooting took place at the event yesterday, on July 29, 2019 in Gilroy, California. Three victims were killed, two of them children, and at least a dozen were w ((Photo by Mario Tama/Getty Images))

Bowe, who has served as director of the festival for the last 14 years will remain in the position for some time until a replacement is named. The Association is conducting an outside search for a new executive director, according to a statement sent on Friday.

Bowe said,  “It’s been an honor to serve as Executive Director for the Gilroy Garlic Festival for 14 years, and I am immensely proud of all the Festival has done to support the local community. After much introspection, I truly believe that the Festival will benefit from a fresh perspective in the Executive Director position. I am looking forward to what my future holds.”

Bowe's resignation comes almost five months after the Gilroy Garlic Festival shooting that left three people dead and wounded 13 others. In November five victims injured in the shooting filed a lawsuit against the Gilroy Garlic Festival Association claiming the festival used an outdated contract with its security provider that did not include modern-day risks to large public events or plan for worst-case scenarios for a festival that attracts 100,000 visitors over three days, according to the Associated Press.