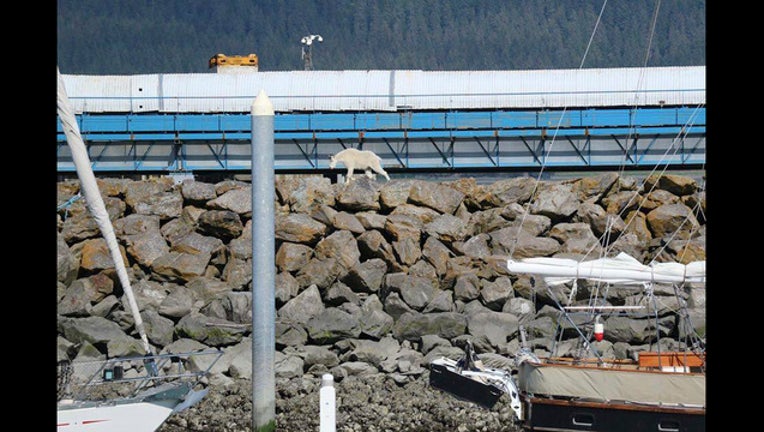 SEWARD, Alaska (AP) — A mountain goat in Alaska jumped into the ocean to get away from crowds snapping its picture, and the animal drowned when it couldn't get back to land because of the crush of people on shore.

Alaska State Troopers say it's imperative to give animals adequate space. That didn't happen Saturday in downtown Seward, and troopers say in an online post that it "resulted in a wild animal dying for no cause."

It comes amid a series of incidents of people getting too close to wildlife, including tourists in Yellowstone National Park who picked up a bison calf they thought was abandoned. It had to be euthanized.

In Alaska, troopers got a call about people harassing the goat and another about a large group following it onto the breakwater rocks.