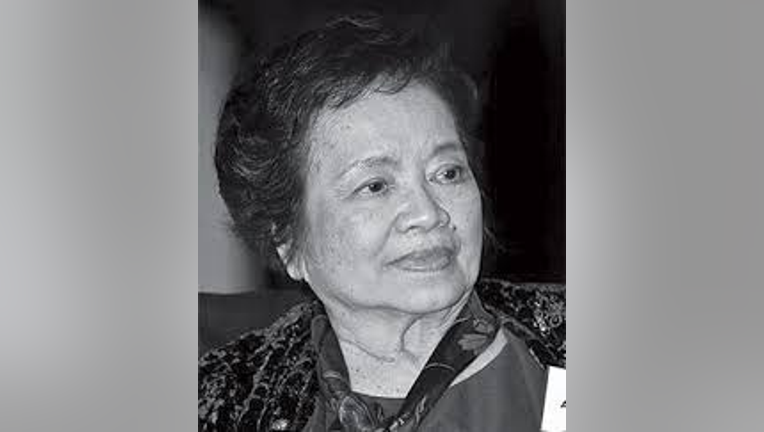 A highway in Daly City will soon bear the name of a woman considered to be the godmother of Filipino American politics and whose friends and family knew her as "Tita Alice."

DALY CITY, Calif. - A highway in Daly City will soon bear the name of a woman considered to be the godmother of Filipino American politics and whose friends and family knew her as "Tita Alice," a California lawmaker said on Friday.

The state Legislature approved a resolution designating a portion of State Route 35 in Daly City as the Alice Peña Bulos Memorial Highway, the final step needed to allow supporters to raise private funds for the cost of signs bearing the new name. The highway signs are expected to be installed next year.

“We see the influence of Alice Peña Bulos throughout our communities, as well as in elected local and state government leadership," Assemblymember Phil Ting (D-San Francisco) and author of ACR 165 said in a statement. "That’s why she’s considered the Godmother of Filipino American politics and empowerment. It’s my honor to carry the legislation that celebrates her legacy."

Bulos was born in the Philippines on March 31, 1930. After earning her degrees at the University of Santo Tomas in Manila, she became a professor of sociology, then chair of the department. In 1972, she moved to California, where her activism began.

Over the span of four decades, Bulos – affectionately known as “Tita Alice” – empowered and mentored generations of Filipino Americans, encouraging them to amplify their voices through civic participation and public office, Ting's office said.

In the 1990s, President Bill Clinton appointed her to the National Council on Aging, becoming the first Fil-Am selected by a sitting president to serve on a federal post. She also served on the Filipino American Caucus for the California Democratic Party, the National Filipino Women’s Network, and the National Asian Pacific Democratic Council. Bulos passed away in 2016 at the age of 86.

“‘Tita Alice’ was committed to opening doors for young Fil-Ams who wanted to enter public service and politics but did not see themselves represented in those places of power," according to the said the Filipino American Democratic Club of San Mateo County. "Tita Alice has left an everlasting mark in commuters all over California and especially here in the Bay Area where she called home. While she is no longer with us, her memory lives on in her family and the numerous friends, supporters, and pupils she inspired over her decades of service."