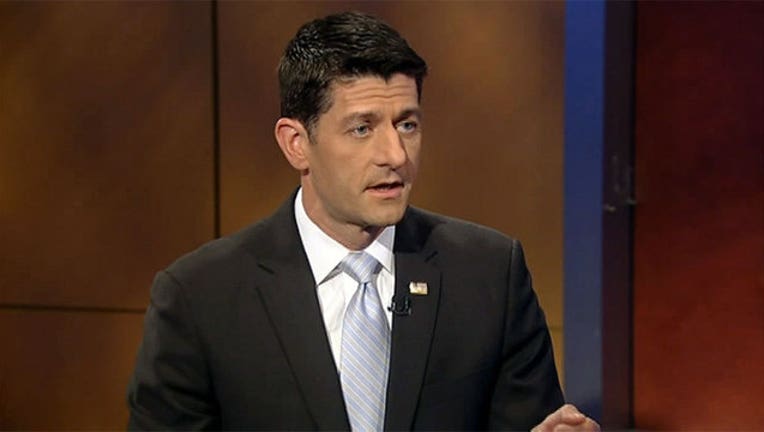 The GOP scored triumphs in the Ways and Means and Energy and Commerce panels after lengthy debate, as the committees approved legislation to reshape the way millions of Americans pay for medical care, including abolishing the tax penalty Obama's statute imposes on people who don't purchase insurance.

As his committees wrapped up work on the legislation favored by President Donald Trump, House Speaker Paul Ryan tried to close the deal with his party divided and some conservative in open revolt.

The vote came before dawn in the Ways and Means Committee, after nearly 18 hours of debate, while lawmakers on the Energy and Commerce Committee struggled for nearly 28 hours, with pressed suits and coiffed hair giving way to rumples and wrinkles. The lawmakers guzzled coffee and took breaks in their private cloakrooms but couldn't stray far out of fear they could miss a vote.

Republican Richard Hudson of North Carolina said, "I cheated. I snuck down to the gym at five and took a shower and put on a clean shirt."

The intense effort underscored GOP leaders' desire to keep the momentum on their drive to undo Obama's health law after seven years of promises to voters. Trump is telling lawmakers he's all-in on the endeavor, and he assigned Vice President Mike Pence to travel to Louisville, Kentucky, on Saturday, home state of one of the most prominent GOP critics, Sen. Rand Paul.

The White House and Republican leaders confront a GOP and outside groups badly divided over the party's high-stakes overhaul campaign, including conservatives like Paul who say the party should simply pursue a straight-forward repeal bill.

GOP Sen. Tom Cotton of Arkansas weighed in over Twitter Thursday against the House GOP effort, which leaders hope to send to the Senate in time for final passage by early April.

"House health care bill can't pass Senate w/o major changes. To my friends in House: pause, start over. Get it right, don't get it fast," Cotton wrote, contending that Republicans are making the same mistake Democrats did when they passed the Affordable Care Act in the first place by moving forward with little time for review and without official cost estimates from the Congressional Budget Office.

The American Medical Association, the American Hospital Association and AARP, the nation's largest advocacy group for older people, were arrayed against the measure. Seven years ago their backing was instrumental in enacting Obama's health care statute.

A national association of hospitals -- major employers in many districts -- wrote lawmakers complaining about the bill's cuts in Medicaid and other programs and said more uninsured Americans seem likely to result, adding, "We ask Congress to protect our patients." Groups representing public, children's, Catholic and other hospitals also expressed opposition.

America's Health Insurance Plans, representing insurers, praised the legislation's elimination of health industry taxes but warned that proposed Medicaid changes "could result in unnecessary disruptions in the coverage and care beneficiaries depend on."

The legislation would defang Obama's requirement that everyone buy insurance by repealing the tax fines imposed on those who don't. That penalty has been aimed at pressing healthy people to purchase policies. The bill would replace income-based subsidies Obama provided with tax credits based more on age, and insurers would charge higher premiums for customers who drop coverage for over two months.

Conservative lawmakers and allied outside groups claimed the bill took too timid a whack at Obama's law. Numerous GOP centrists and governors were antagonistic, worried their states could lose Medicaid payments and face higher costs for hospitals having to treat growing numbers of uninsured people.

There were signs of growing White House engagement, and perhaps progress. Trump met late Wednesday with leaders of six conservative groups that have opposed the GOP legislation, and several voiced optimism afterward.

"I'm encouraged that the president indicated they're pushing to make changes in the bill," said David McIntosh, head of the Club for Growth, though he provided no specifics.

The extra billions Washington has sent states to expand the federal-state Medicaid program would begin ending in 2020, and spending on the entire program would be capped at per-patient limits.

The congressional measure would also repeal taxes Obama's law imposed on segments of the medical industry to help pay for his statute's expanded coverage. Democrats said the Republicans would yank health coverage from many of the 20 million Americans who gained it under Obama's statute, and drive up costs for others because the GOP tax breaks would be skimpier than existing subsidies.