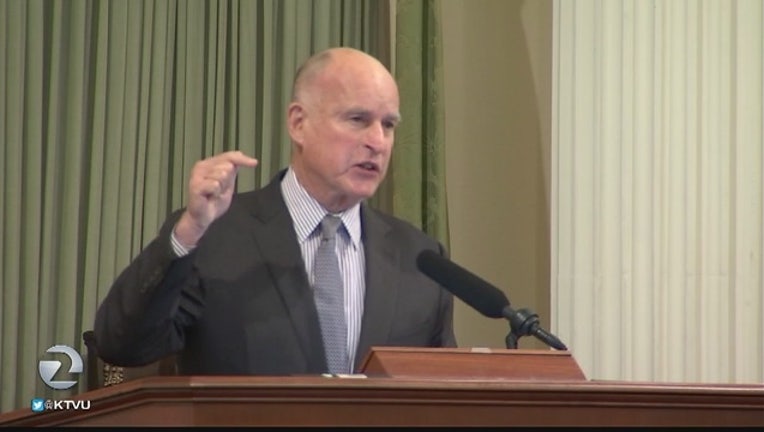 Democratic Govs. Jerry Brown of California and Andrew Cuomo of New York issued a joint statement Tuesday saying they're still committed to their own emissions targets.

Their targets are stricter than the Obama power-plant rule Trump seeks to eliminate.

The two states have set aggressive goals to reduce emissions of greenhouse gas 80 percent below 1990 levels by 2050.

Trump has repeatedly criticized the power-plant rule and others as an attack on American workers and the struggling coal industry.