The influx of money will help in terms of "equity, health and safety," Newsom said.

"And these are hard to fix isues," Newsom acknowledged, as he ticked off a list of problems that need to be addressed such as seismic retrofits and mold, all with the "mindset of lifelong learning."

Newsom, along with State Senator Steve Glazer, State Senator Nancy Skinner, Oakland Mayor Libby Schaaf, Oakland Unified School Board President Jody London and other education leaders are all in support of Propsition 13, the pnly statewide measure on Tuesday’s ballot.  Supporters say that Prop. 13 would create a $15 billion bond to build, repair and modernize schools, from kindergarten through public colleges and universities.

Before his official announcement at Manzanita SEED school, children swarmed the governor, telling them they wanted the money to be spent on a hot tub.

"I hadn't thought of that," he joked with them. 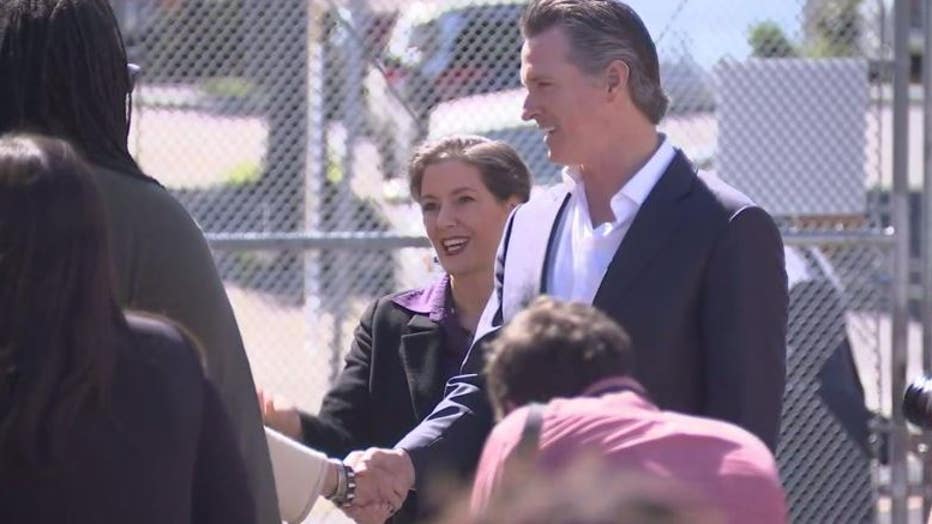 Gov. Gavin Newsom, Oakland Mayor Libby Schaaf and others are pushing for a yes vote on a historic California school bond . March 2, 2020

This proposition should not be confused with the other Prop. 13 — the landmark 1978 landmark initiative that cut property taxes, transformed the state’s finances and has since become a topic that most politicians won't touch because it would involve raising taxes on homeowners.

The main opposition comes from the Howard Jarvis Taxpayers Association, a group named for the man behind the 1978 proposition, which capped annual increases in property tax until a property changes ownership, leading to billions of dollars less for California schools ever since.

Its president, Jon Coupal, said the group opposes this Proposition 13 for several reasons, notably that it nearly doubles the limit on what a local school district can borrow, from 1.25% to 2% of assessed property value, which he said could lead to future tax increases.

“Unlike statewide bonds, local school bonds do come with a tax increase," he said. “We look at this statewide school bond with this provision about lifting the (debt) caps and the first thing we think — this is actually a property tax increase."

Coupal said with a California budget surplus, the state should fund school facilities itself rather than adding to school districts' debt.

However, the 2020 Prop. 13 on Tuesday's ballot deals only with money to fix up school facilities, and would not be spent on teacher training or student learning.

On Monday, Schaaf and Skinner both took the podium urging passage of the measure, specifically citing the toxic chemical, trichloroethylene, or TCE, found in the groundwater under the McClymonds High campus, which closed the school last month for the next forseeable future, as an excellent reason to vote for the bond. 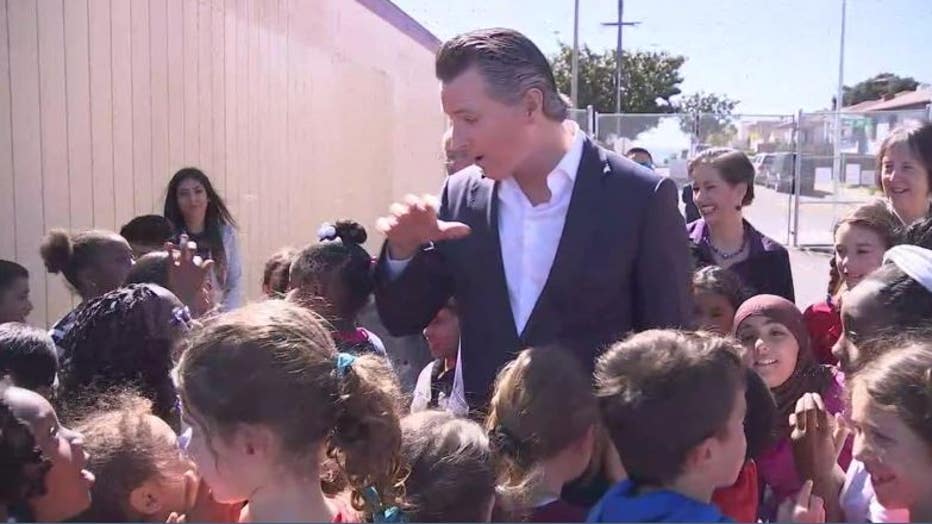 Most of the money from the proposed bond — $9 billion — would go to K-12 schools, with priority given to addressing health and safety concerns, including earthquake risks and removing toxic mold and asbestos from aging classrooms and lead from drinking water. Of that, $5.8 billion would go to updating school facilities, followed by $2.8 billion for new construction and $500 million each for charter schools and facilities for technical education.

It also would put an end to the first-come, first-served process of allocating funds that critics say has favored richer districts, which often have special staff or can hire consultants to focus on funding applications. The new system would set aside 10% of state money for districts with fewer than 2,500 students and give up to 5% more of state matching money to low-income districts.

"Under the new rules, there are criteria that creates a level playing field to ensure that more disadvantaged school districts" are given priority, said Glazer, one of the architects of the plan. He notes that it won bipartisan support in Sacramento.

The measure would also allocate $6 billion for higher education, which last benefited from a statewide bond measure in 2006. The funding would be split evenly, with $2 billion each for community colleges, the California State University system and the University of California system.

According to the Public Policy Institute of California, 70% of California's 10,000 public schools are 25 years or older, with 10% of them at least 70 years old.

The bond revenue would provide matching funds to school districts that are willing to cover at least 60% of modernization projects and 50% of new construction.

The nonpartisan Legislative Analyst's Office estimates repayments on the bond borrowing would add $740 million a year to California's budget for the next 35 years.

In a statewide survey published last month, the nonpartisan Public Policy Institute of California found that about 53% of likely voters supported the measure, with 36% opposed and 10% undecided. 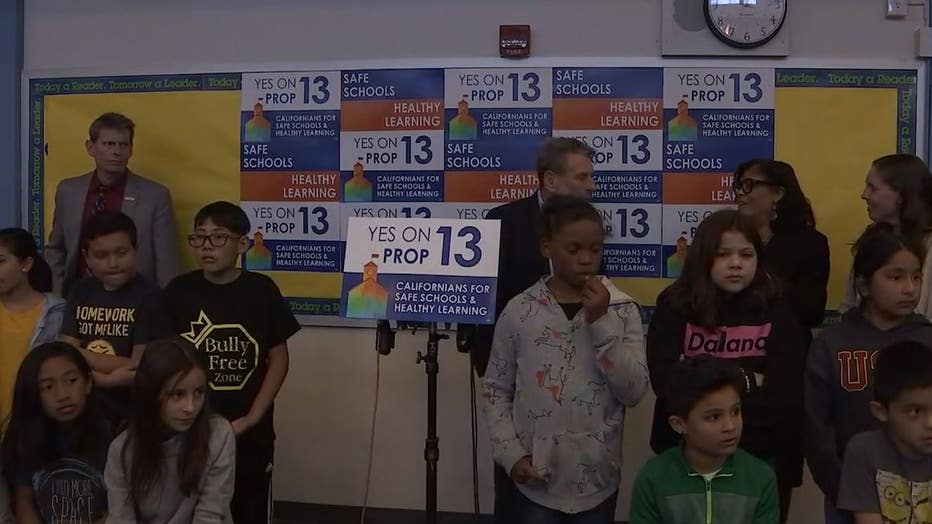