SACRAMENTO, Calif. (AP) - California Gov. Gavin Newsom signed seven new laws on Wednesday aimed at addressing the state’s homelessness crisis, pleading with a skeptical public to have patience as the nation’s wealthiest and most populous state struggles to keep people off the streets.

Among California’s myriad problems — including wildfires, historic drought and a changing climate impacting them both — homelessness is perhaps the most visible, with tens of thousands of people living in encampments in cities large and small across the state.

California’s homelessness crisis was the top talking point among Newsom’s critics prior to the pandemic, a topic Newsom addressed in a big way when he devoted his entire 2020 " State of the State " address to the issue.

In the past three years, California has spent more than $2.4 billion of state and federal money on a handful of major homelessness programs, with most of it going to local governments for things like leasing hotels and motels for housing the homeless during the pandemic.

The programs have had success, but have done little to change public perception of the homelessness problem — a fact Newsom acknowledged during a Wednesday news conference in Los Angeles. 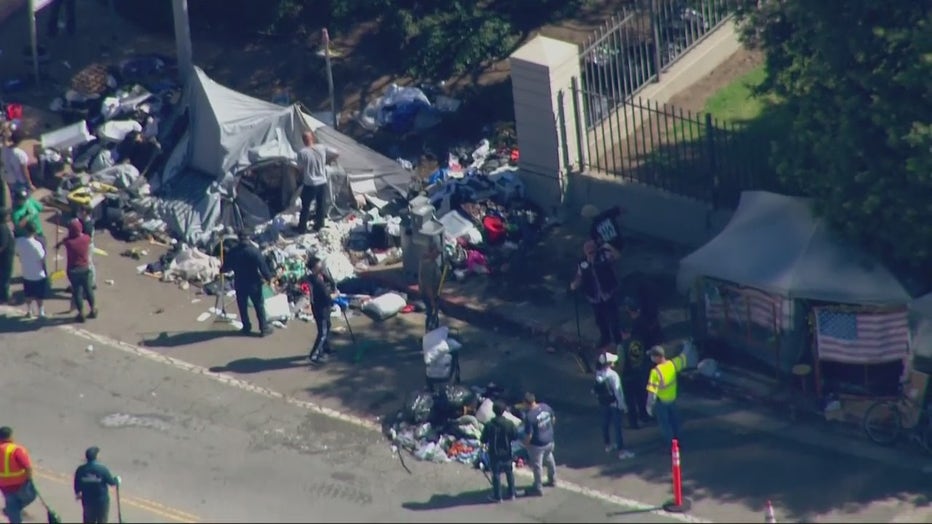 "We live in a situational world where people want to see results immediately," he said. "But when it comes to these issues, it takes years and years to see those results."

The California Interagency Council on Homelessness, which replaces an existing homelessness council, will include the directors of half a dozen state agencies that must review and approve local governments’ plans for spending the money.

"No plan, no money," Newsom said Wednesday. "We’re coming in not just with sticks, but with real carrots."

Newsom also signed a law requiring all of the state’s 1,037 school districts, including charter schools, to identify their homeless students and refer them to services for them and their families.

"In California, there are enough homeless children to fill Dodger Stadium five times," said Rivas, a reference to a 2020 UCLA study. "We have to end that." 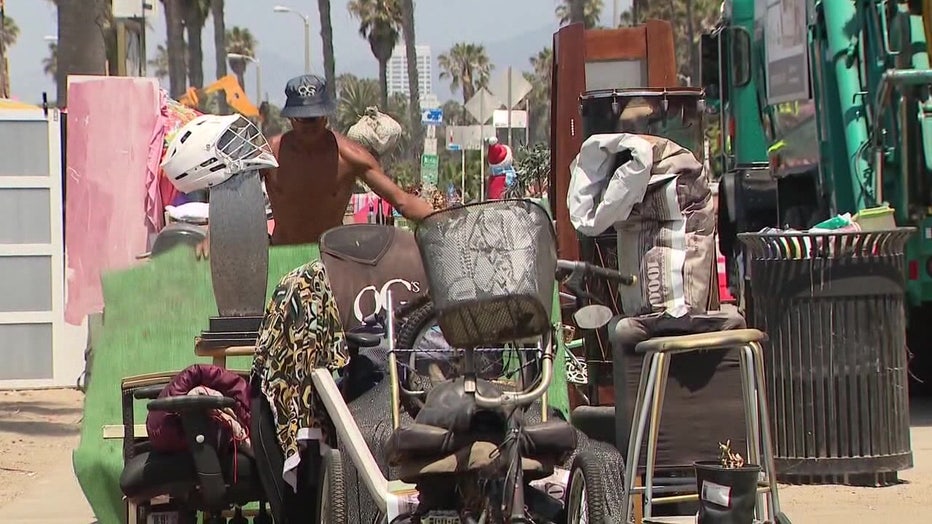 Newsom’s administration has identified 100 of what he called the state’s "high profile" homeless encampments and has "attached timelines and strategies to begin to clean them up permanently."

He hinted he would announce something soon with Los Angeles’ mayor about that "infamous encampment that you all know well." That’s a possible reference to LA’s Skid Row, where a federal judge previously ordered the city and county to find housing for everyone, only to have that ruling overturned on appeal last week.

Newsom also signed a law requiring California to prioritize its share of federal housing money on projects that serve homeless people with chronic health conditions. California is projected to get about $130 million from the National Housing Trust Fund, according to a legislative analysis.

"Housing and health go hand in hand, and this law will save lives because it recognizes the importance of both," said Julie Snyder, director of governmental affairs for the Steinberg Institute, a nonprofit that sponsored the legislation along with other groups.